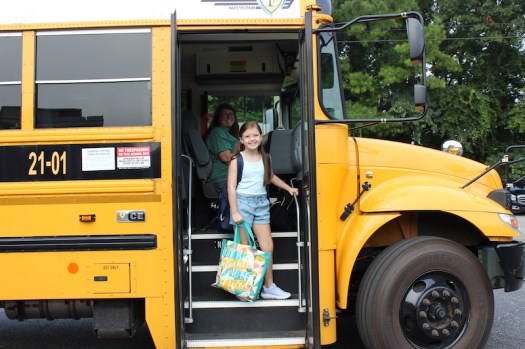 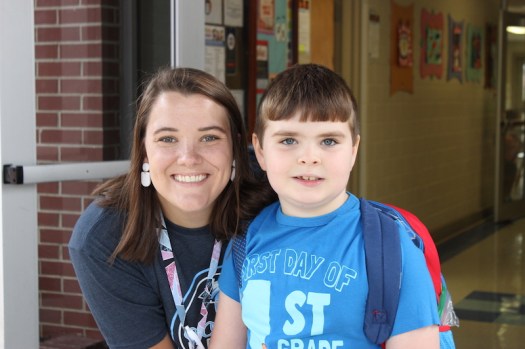 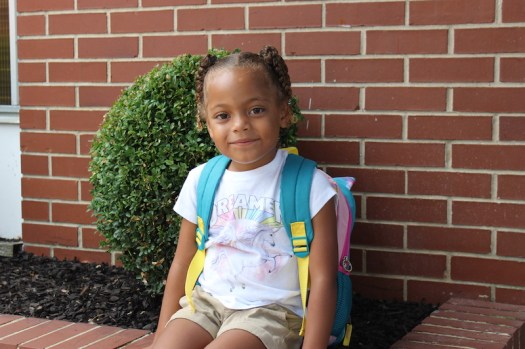 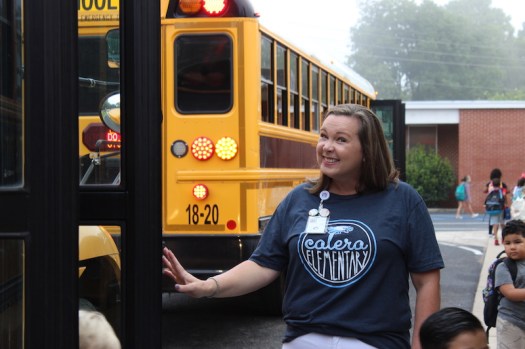 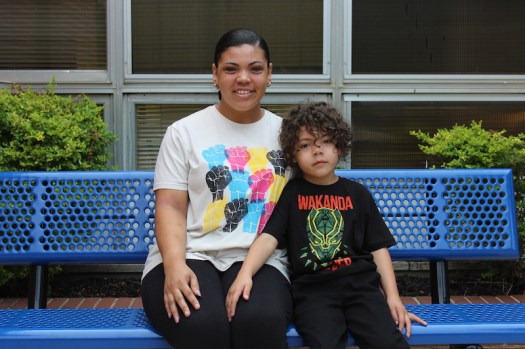 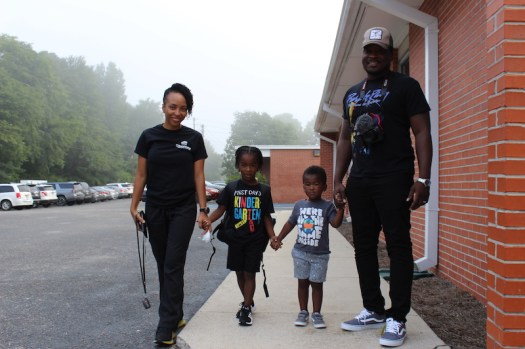 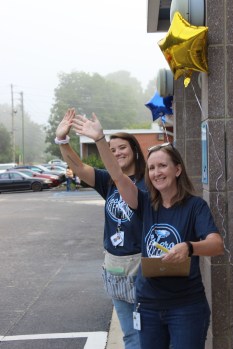 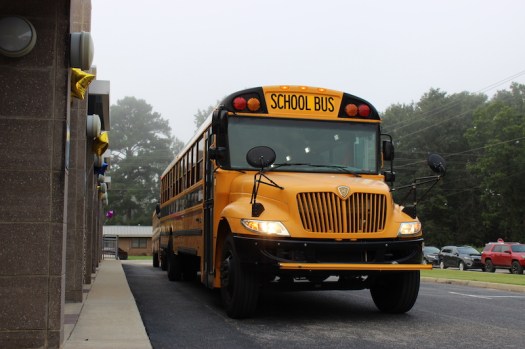 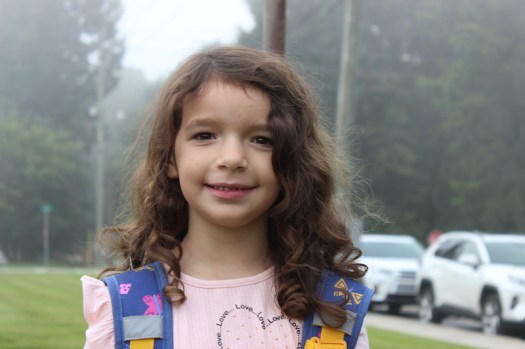 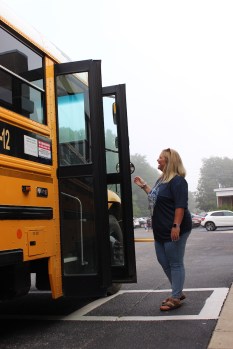 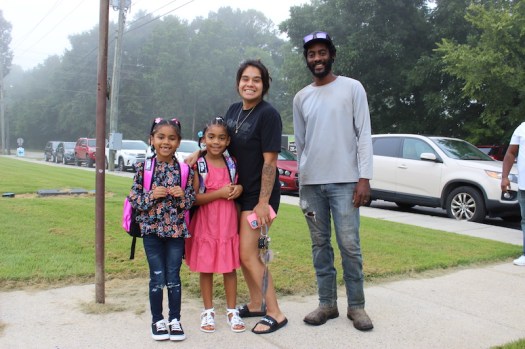 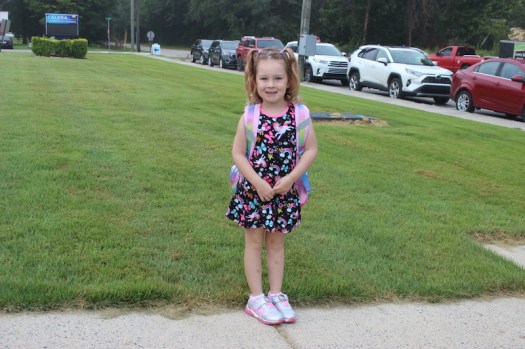 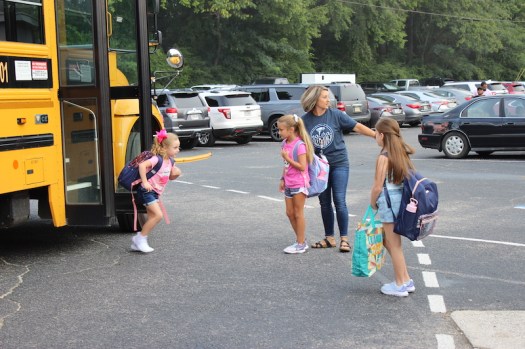 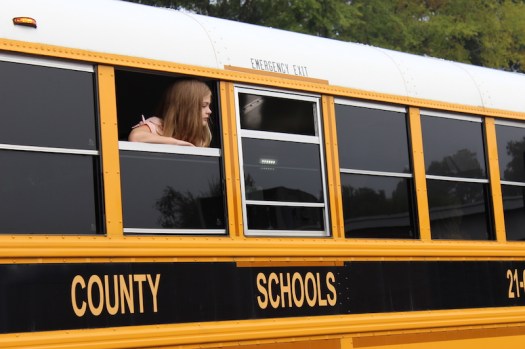 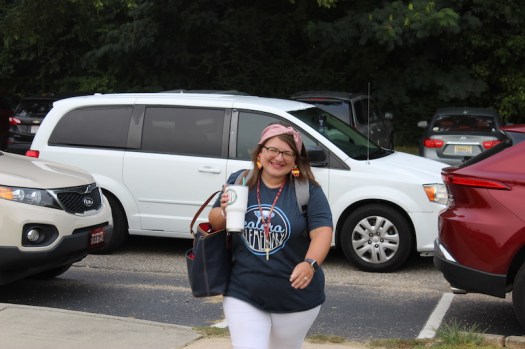 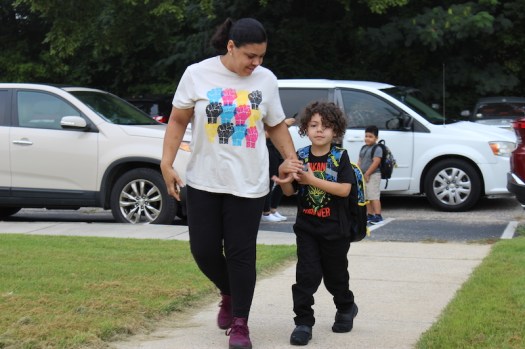 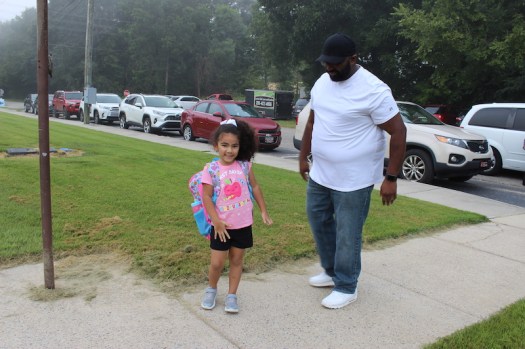 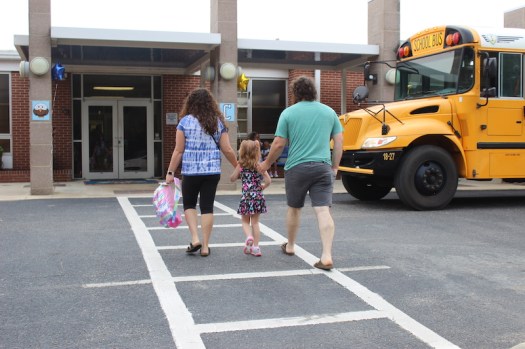 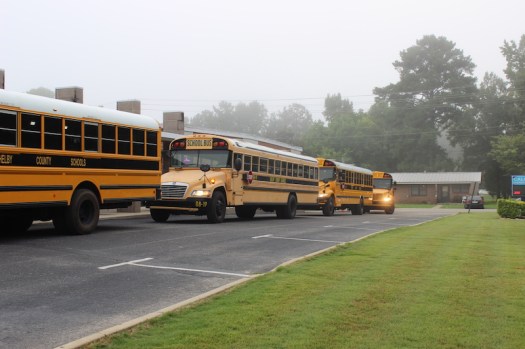 CALERA – Excitement was the word of the day as hundreds of students filed into Calera Elementary School on the mornings of Thursday, Aug. 11 and Friday, Aug. 12 for many students’ first day back.

“We’re always excited (for the first day),” Principal Shannon Montgomery said. “We’re tired, but there’s a lot of excitement because of the devotion and time put into planning and seeing the new kids and new faces.”

The kids were greeted by CES teachers waving as well as bright balloons taped outside the school.

To add to the high emotions of the morning, this was the first year since the start of the COVID-19 pandemic that the school allowed parents to walk their kids to their classrooms.

Mariah Brashear, who dropped off her son for his first day of kindergarten, said she was a little nervous, but ultimately looking forward to watching him grow in his knowledge.

“He has been very excited,” Brashear said. “He loves to learn, and he’s been reading since he was 3. I’m excited for him to make new friends and to be able to grow with his friends and for him to actually learn more.”

Brashear said that the Meet the Teacher Day the school held the Wednesday before school officially started back helped ease her nerves as well.

“We got to meet his teacher Ms. Price, and she was such a sweetheart,” Brashear said. “He was so excited to meet her.”

Students and parents were invited to get to know the teacher who will be with them throughout the year during Meet the Teacher Day, and many attended.

“It was awesome,” Montgomery said. “We had an awesome turnout. The parents were smiling, and the kids were just excited to see their new teachers as well as see old teachers.”

In the past 20 years, Calera Elementary School has grown exponentially in the size of student attendance. With double the second-grade classrooms it had two decades ago, CES now sees approximately 700 K-2 students walk its hall each year.

Though the school is not short-staffed, Montgomery said teachers still work hard to ensure that each student goes to class each day to get the education they deserve.

“We’re planning to make this a successful year for the students and the parents, that’s always in the forefront of our minds, just making it a fun year, a safe year,” Montgomery said. “A lot of work goes into this. Teachers have spent long hours up here at their classrooms. They leave, and then they come back after they go home and feed their kids. And so, a lot of love and devotion has gone into planning, from every single person in this school building.”