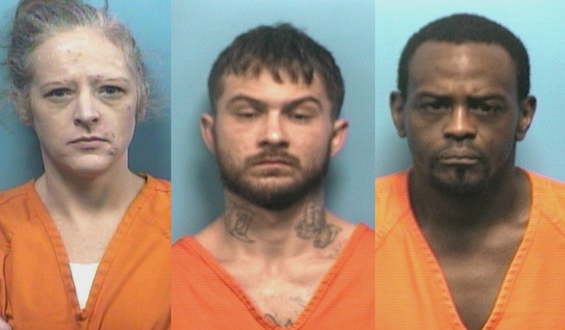 CALERA – A suspect with at least 20 prior arrests was charged with drug possession after attempting to flee from the Calera Police Department during the early morning of Wednesday, Sept. 7.

“When suspects choose to run from police they make the choice to endanger their own lives, the lives of our officers and most importantly innocent citizen,” Calera Police Chief David Hyche said on the CPD’s Facebook page. “When we don’t hold people accountable for their actions, we encourage more crime.”

According to a Facebook post from the CPD, a Calera patrol unit initiated a car stop in the early hours of Sept. 7 for multiple traffic violations.

According to Calera Police, the vehicle, driven by Joseph Phillip Warren, proceeded to I-65, slowed down and pulled into the emergency lane then sped away.

Afterward, police said the suspect slowed again, pulled into the median and attempted to bail out of the vehicle while it was still in motion. The suspect was dragged a short distance by his vehicle, jumped back in and sped away.

Stop sticks were then deployed, and the vehicle exited I-65, then proceeded to get back on I-65 headed north in the southbound lanes. CPD officers proceeded to use their vehicles to stop the suspect vehicle in order to prevent serious injury.

The CPD commented on Facebook that the driver of the vehicle has at least 20 prior arrests and has active warrants from three police departments. The three occupants of the vehicle, Warren, Lauren Nicole Hanks and Michael Andra Wilson, were charged with drug possession.

According to police, suspected fentanyl, methamphetamine and marijuana was recovered from the vehicle.

“Word spreads when cities around the country don’t protect their citizens and hold criminals accountable,” Hyche said. “Spread the word that Calera does.”

One suspect is from Cullman and two have Birmingham addresses, the CPD said.