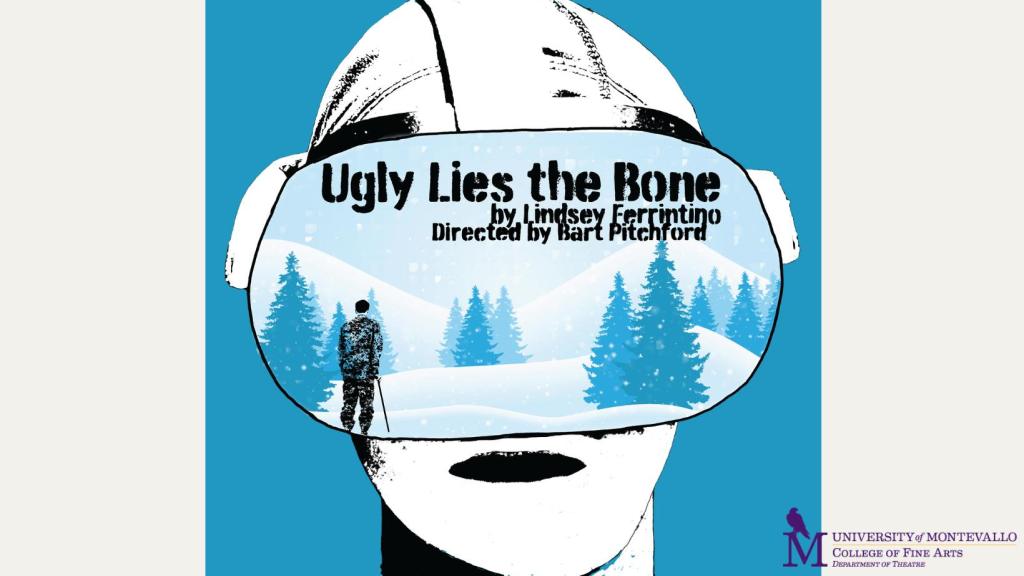 The University of Montevallo Department of Theatre will present “Ugly Lies the Bone,” a five-person drama about a veteran of Operation Enduring Freedom who was severely burned by an improvised explosive device. (File)

MONTEVALLO – The University of Montevallo Department of Theatre is presenting “Ugly Lies the Bone,” a play originally written by award-winning playwright Lindsey Ferrentino, and directed locally by Dr. Bart Pitchford, assistant professor of theatre history and directing at UM.

“Beauty is but skin deep, ugly lies the bone; beauty dies and fades away, but ugly holds its own,” read a quote by Albert Einstein where the play gets its title.

“Ugly Lies the Bone” is a five-person drama about a veteran of Operation Enduring Freedom who was severely burned by an improvised explosive device. After 14 months of recovery, Jess, who is played by Lindley Argo, returns home to find that her home city of Titusville, Florida, is suffering horribly from job loss after the closure of the space shuttle program.

She also discovers that her mother has dementia, her older sister is in a serious relationship with an unemployed slacker and her ex-fiancé has married someone he doesn’t love. While dealing with personal and family issues, she tries an experimental treatment to rehabilitate her body that uses virtual reality.

The play premiered in 2015 at the Roundabout Theatre in New York City.

“As a director, I’m always attracted to plays about war and displacement,” Pitchford said. “I was in U.S. Army Psychological Operations from 2006 to 2014 and had several tours in Iraq. When I ran across this play, the dialogue and the story are so personal and well-written that it gives the young actors we have here some meatier roles with a lot of complexity to them.”

Pitchford said he likes that the play uses multimedia elements, particularly VR. The VR treatment used by the play’s main character exists in real life with the video game SnowWorld, which is what inspired the game therapy Jess uses. SnowWorld works by treating pain in victims without opiates by distracting their brains.

“What we’re doing that’s unique is we’ve worked with Dr. Stephanie Dean in mass communication to create an app that goes out through the Oculus Quest – a VR headset – which will be streamed through the screens in the theatre,” Pitchford said. “We’ll see the world that the lead actor sees and experience that world with her.”

The play is open to everyone, but Pitchford said he particularly would like military veterans to attend because it honors those who have experienced war and have had difficulty readjusting to civilian life.

Because of adult language, the recommended minimum age for attendance at the play is 15. The play also has flashing lights and realistically presented injuries. Tickets can be purchased online at Montevallotickets.universitytickets.com.