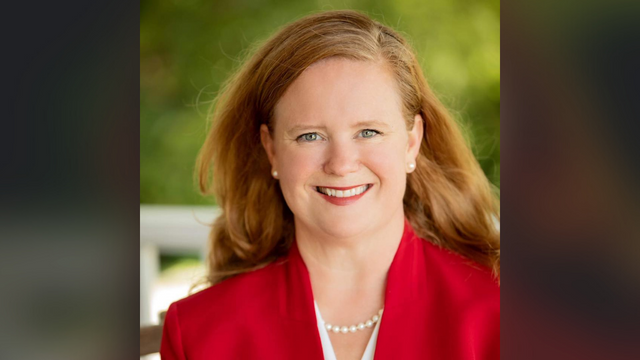 After the Primary Election in May and a runoff election in June, Republican candidate Erin Welborn won the General Election for Shelby County District Judge Place 1 on Tuesday, Nov. 8.

Welborn said that her win was a special moment for not just herself, but those who have been by her side along the way.

“It’s just a very proud moment for me, my family and friends,” Welborn said. “It’s truly humbling to pour yourself out into service to others, to have your friends and family come out and support you and for the people of Shelby County to support you as their vote.”

During the Republican primary in May, Welborn and Phillip Bahakel were the top two vote-getters for the seat. However, since neither candidate won the requisite majority, they headed to a runoff in June. In the June 21 runoff election, Welborn cemented herself for the Republican ticket on the General Election ballot after receiving 61.41 percent of the votes.

Welborn reflected on her journey through each election, saying what kept her going through it all is the memory of those who are not here to celebrate this moment with her.

“What pushed me was how I was so constantly reminded of several people that aren’t here with us today that have passed on,” she said. “Namely, that would be my parents and my Dad, Dick Bell. He was an attorney who was a huge influence in my life along with my friend Chace Swatek, who was an attorney. And just recently, Judge Danny Crowson.

“I learned so much about life and law from those people, and I definitely plan to carry on their legacies in this next phase of my legal career.”

Welborn will replace Judge Jim Kramer, who is retiring as the juvenile court and district judge after this year.

Welborn based her campaign on three values: faith, families and fairness.

According to her website, Welbornforjudge.com, Welborn spent the majority of her career working in the Juvenile Court as a practicing attorney. She represented parents, grandparents and children.

“My experience has prepared me to provide an efficient, fair, and honest court process for the children and families of Shelby County,” read a statement on her website.

One of the first things Welborn would like to implement is making sure parents have a larger role in the courtroom as well as always having what’s best for the children in mind, she said.

“I want parents included in the courtroom, I want them actually physically coming back into the courtroom,” Welborn said. “I definitely continue to use what I have learned from Judge Kramer and what he’s imparted to me, as far as the concern that he has for the families and children here in Shelby County. That will definitely continue with me because his heart is always 100 percent in the right place with these families and children. And, I’m hoping to be very involved with the Children’s Policy Council.”

Welborn extended thanks to many who have been there with her along the way, including her democratic opposition, Bell.

“I would like to tell her, “Thank you,’” Welborn said. “I wish her the absolute best. She ran a wonderful campaign, a fantastic campaign. I absolutely have the utmost respect for her, and I can’t wait to work with her in our Juvenile Court because I believe in her commitment to helping the families and children of Shelby County.”

Additionally, Welborn thanked those closest to her and her support system.

“You know, you cannot win an election alone,” Welborn said. “I’ve had an amazing team of support. It’s been my friends and my family. They have prayed with me. They have prayed for me. They’ve taken care of my children. They’ve talked to their friends and neighbors and groups. They’ve joined me knocking on thousands of doors, literally thousands of doors. They’ve attended events with me, they’ve made phone calls, they’ve raised money. And to each of them—I’m so thankful.

“I especially want to thank my husband and my children, Jay, Lilly, Bryson and Willow. All sacrificed and made this possible for me and for our family. And for that, I will always be just eternally grateful.”

Welborn will officially take the bench on Jan. 17.