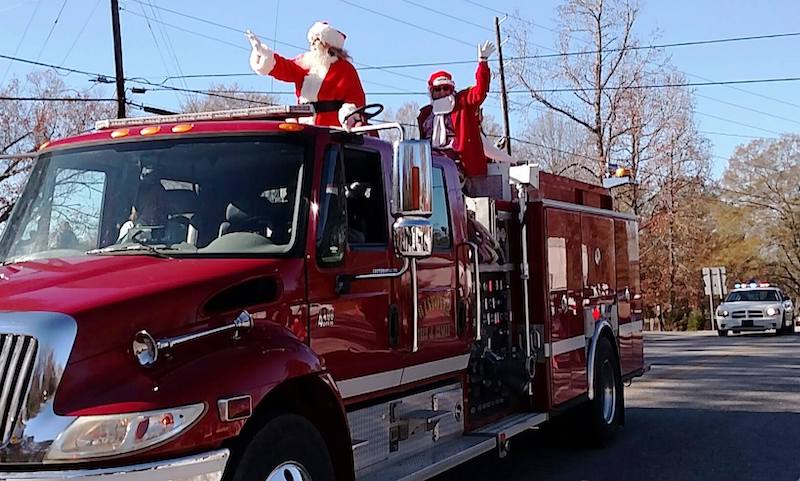 The city of Westover announced its December date for its annual Christmas parade. (File)

WESTOVER – The city of Westover is gearing up for the holiday season. The city announced it will hold its annual Christmas parade in early December.

“I’m most looking forward to a lot of spectators showing up and enjoying the parade and for the kids to have fun,” Westover Mayor Larry Riggins said.

Riggins said the parade usually lasts an average of 20 minutes, and the parade is nearing its 20th year of being held since starting in 2004.

In addition to candy, attendees can also expect a visit from Santa Claus atop one of Westover’s fire trucks. Those sharing candy have been asked not to give out any that contain peanuts.

Those interested in participating in the parade are able to do so free of charge. To enter a float, car or walking group, visit Westoveral.gov/index.php/2022/10/11/westover-christmas-parade-2/ and click on the “Entry Form” link.

Staging of all parade entries will begin at 8:30 a.m. at the Mt. Tabor Annex Building. Directional signs will be placed at the intersection. Participants of the parade should plan to arrive no later than 9:30 a.m.

According to the city, spectators are encouraged to park along Old Hwy 280 between County Road 55 and city hall.