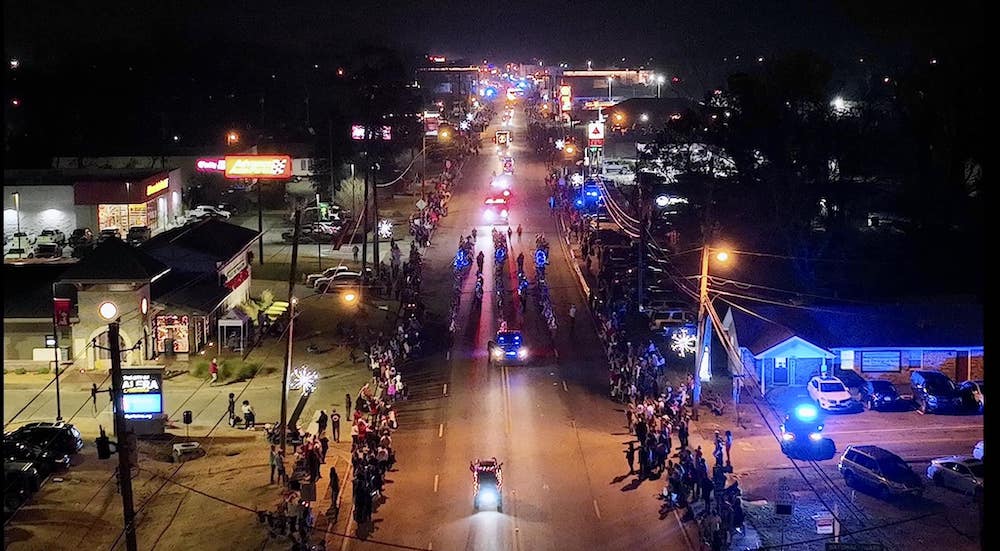 The annual Calera Christmas Parade was held on Saturday, Dec. 3 and saw a successful turnout from the community. (Contributed/Mike Bullard)

CALERA – Calera welcomed the Christmas season on Saturday, Dec. 3 as the city held its annual Christmas parade along U.S. 31 at 6 p.m.

The parade, which was hosted by Calera Parks & Recreation, took place in the historic downtown district and was centered around city hall. The theme this year was Christmas characters.

“I think it was a wonderful parade,” Tyler Madison community programs manager for Parks & Recreation said. “There was a lot of creativity with the floats, and a lot of people came out to support a lot of floats within the parade. I think overall it was great.”

“We had a lot of people attend that were within the community and a part of our schools,” Madison said. “That was great as well.”

“For the first time in my life I saw it from a different perspective,” Batson said. “I was a guest on Senator (April) Weaver’s float. So, being able to see the parade from a float as opposed to being on the side of the road was fascinating to me. There were thousands of people, and watching the children around me was so much fun. It was just magical.”

A competition was held amongst the floats and a panel of judges decided the top three floats. The winners of the competition will be announced at Calera’s City Council Meeting on Monday, Dec. 12 and on the Calera Parks & Recreation Facebook page.

Madison thanked the team at Calera Parks & Recreation who helped set up the parade and Calera Main Street who also helped in getting the word out about the parade. Additionally, Madison extended his gratitude to everyone in the community who volunteered to make the parade as memorable as it was.