Chris Willis sworn in as next Helena Councilmember 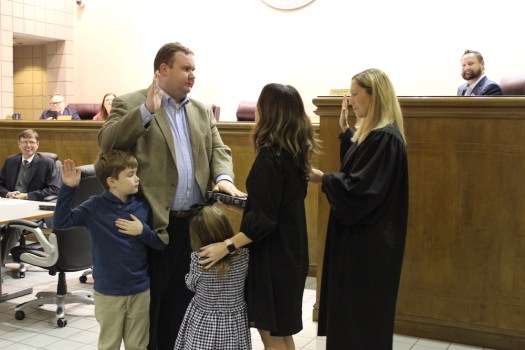 Chris Willis was sworn in as the next Helena City councilmember on Monday, Dec. 12. Willis will fill the spot that was left vacant after Leigh Hulsey was elected as the Representative for State House District 15 in November. (Reporter Photo/Meg Herndon) 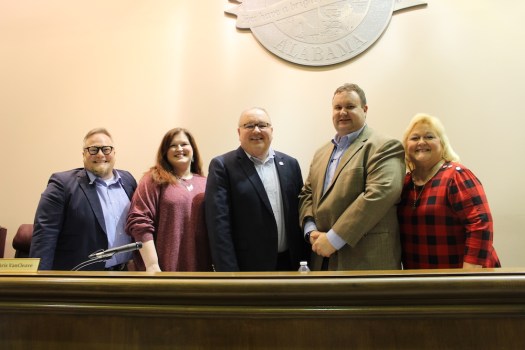 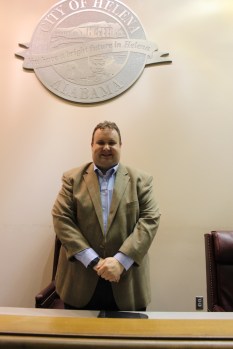 HELENA – Chris Willis was sworn in as the next Helena City councilmember on Monday night, Dec. 12.

All members of the Helene City Council voted in favor of resolution 12122022 to appoint Willis to fill the vacancy of Seat Place 1. Willis then completed the Oath of Office, administered by Judge of Probate Allison Boyd.

“I just want to thank the council for placing your trust in me,” Willis said. “I haven’t been here long, so I look forward to meeting you guys.”

Willis will fill the spot that was left vacant after Leigh Hulsey was elected as the Representative for State House District 15 in November.

Willis said his parents were always involved in their communities, and he was surrounded by a family of public servants. Willis said he always knew he would like to be a public servant, even throughout his time in law school.

“I ultimately found an area in the field I love,” Willis said. “When this council position became open, I saw it as an opportunity to use my talents to help continue moving our city forward while not giving anyone an advantage during the next election cycle.”

Willis currently works for the Jefferson County Commission, and he said a lot of what he does during his day job are qualifications the Helena City Council was looking for in a councilmember.

“With my years of experience in government, it will allow me to jump right in with a small learning curve and not slow any momentum the council currently has going on,” he said. “My job and background gave me the experience and expertise to be an effective councilmember.”

Willis expressed his desire to get to work and what he plans to accomplish as a councilmember.

“I hope to get to work right away with the other councilmembers and develop a cohesive bond so that we can continue the positive growth the city has going,” Willis said. “That said, I believe all future growth needs to be smart growth to ensure that we recruit sustainable businesses, and also work to ensure we have adequate infrastructure in place to support future residential growth.”

Willis and his wife Jill have two children ages 7 and 4. The Willis family have been residents of Helena for a little more than a year. Willis said they moved to the area for the schools, athletic programs, parks and community.

Willis graduated from the University of Montevallo in 2007 and continued on to graduate from the Birmingham School of Law in 2011.

In other news, the Helena City Council:
-Proclaimed January as Human Trafficking Awareness Month in the city of Helena.
-Approved ordinance 907-2022A, the annexation of 101 Pleasant Place Bessemer, AL 35022.
-Tabled the vote on ordinance 908-2022 regarding the low-speed vehicle/golf cart regulations until the City Council’s Monday, Jan. 9 meeting.

Helena City Council’s next meeting is scheduled for Jan. 9 at 6 p.m.