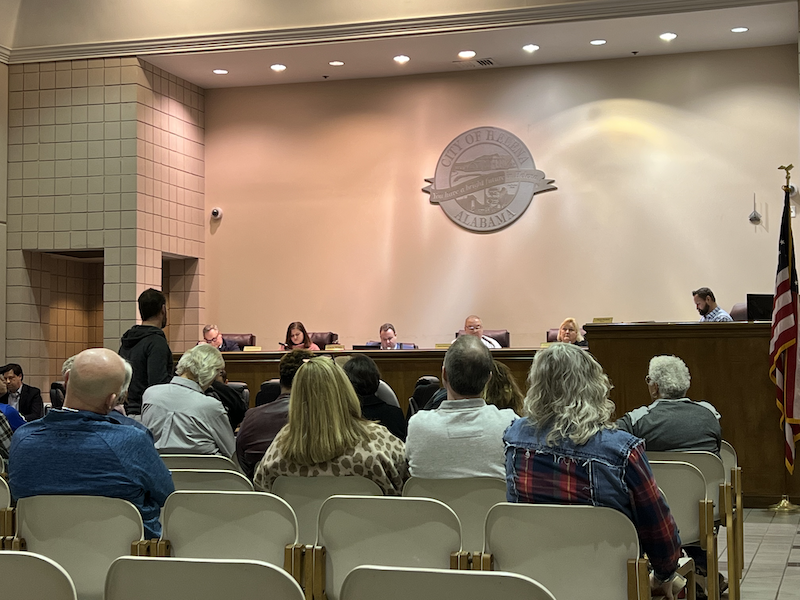 The full ordinance, which can be found here, allows for the code of the city of Helena to be amended to permit and regulate the operation of low-speed vehicles including certain golf carts on certain public streets within the city.

“The city understands that residents within residential communities desire to have the option to operate their low-speed vehicles and certain golf carts on a limited basis within those communities in order to access the amenities in, and immediately adjacent to, those communities,” the ordinance reads.

Section 4 of the ordinance covers rules and regulations and states low-speed vehicles that are not municipal service vehicles may not be operated on any public street, road or highway within the corporate limits of the city.

It reads resident-owned low-speed vehicles may be operated only on designated cart streets in accordance with the set rules.

An operator of a low-speed vehicle and certain golf carts must:

During the meeting, the council opened the floor to Helena residents who wished to discuss the ordinance. Many who spoke voiced their concern in regard to the Hillsboro Trail as it relates to Section 4.7 of the proposed ordinance.

Section 4.7 states low-speed vehicles and golf carts would be allowed on paved trails as long as the vehicles remained under a speed of 10 mph, stayed to the right of the trail and yielded to the right-of-way pedestrians not in a car. The section also states that it will be reviewed annually by the council.

“As a former police officer in another jurisdiction, what you’re about to do, I understand you’re trying to regulate it to protect it, but in regulating it, you’re allowing it,” said Kevin York, a Helena resident. “How (are Police Chief) Brad (Flynn) and his officers going to enforce this? They can’t be down there every minute of every day. We have families that bicycle… now we’re going to have to start dodging motorized vehicles. I just don’t think it’s a good idea, I think its unsafe, and I think people are going to get hurt.”

One resident and some councilmembers spoke on how, currently, golf carts are already allowed on the Hillsboro Trail.

After listening to the residents, Woodman motioned to amend Ordinance 908-2022 to remove section 4.7 and Joseph seconded the motion, allowing for a vote. However, Councilmembers Willis, VanCleave and Lobell voted “No” to the amendment, leading to its inclusion in the approved version of the ordinance.

During the council’s closing statements, Joseph said her vote in favor of the motion to amend the ordinance was due to the letters she has received in relation to Section 4.7.

“Several of you have written to us, and I thank you for your comments and your feedback,” Joseph said. “The emails that I received were 8-1 opposed to allowing anyone to (take) vehicles on the Hillsboro Trail. That greatly influenced the way that I voted here tonight.”

Councilmember VanCleave also spoke to why he voted “Yes” on the ordinance and “No” to the amendment.

In addition to approving Ordinance 908-2022, the Helena City Council: