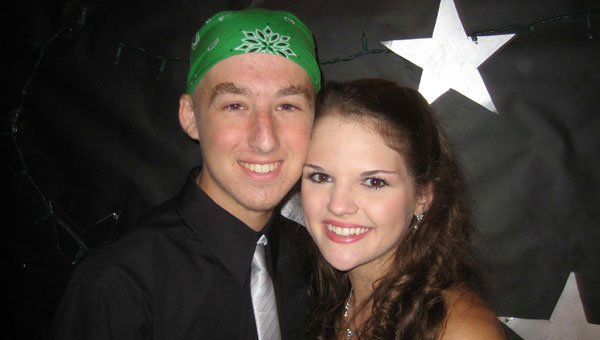 “Mom, do you think Carson can play golf and play in the band in high school? Will they let him do both?”

My son questioned me as his middle-school golf career ended. Carson Sumpter was a long-standing golf buddy and teammate. Sumpter was on the Riverchase Middle School golf team and attended Ballantrae’s first kids’ golf clinics. The first summer that Kim Sumpter and I dropped off our sons at Ballantrae, we left them at a tent because the clubhouse hadn’t been built yet. My son didn’t want to lose his golf buddy.

I’d heard Carson Sumpter’s music in school talent shows. I’d witnessed his talent both as an athlete and a musician. In high school, kids begin to see their dreams clearly. Sumpter’s vision of himself as a musician began to take shape.

Choosing to honor God by developing his musical talents, the golf murals his mother commissioned an artist to paint on his bedroom walls became the images of his boyhood as Sumpter’s high school years filled with music.

Sumpter’s musical career blossomed. He joined a band, played at his church and released a CD in January of 2010. Six months later, Sumpter’s cancer diagnosis struck a terrible blow — and then ignited an energy that united our community in prayer, fundraising and support.

In the last year of his life, defying all medical odds, Carson Sumpter marched in the high school band playing with the drum line he loved, won the PHS spirit stick at a pep rally, praised God with music at his church, opened for Taylor Hicks at Workplay, continued to write and record music, performed a song that he wrote for his girlfriend, Maddie Gathings, as she danced to it at With Every Beat, took his girl to the prom and performed at Helena’s Independence Celebration on this past July 2.

Last fall, my husband saw Sumpter after he’d received some tough test results. My husband said, “Carson, God has a plan. I believe you’ll have a miracle.”

Now, he plays all of the musical instruments of heaven, sings eternal praise and watches every tee shot sink a perfect hole-in-one. Carson Sumpter leaves behind a legacy of love and a challenge to live joyfully, —no matter what happens.