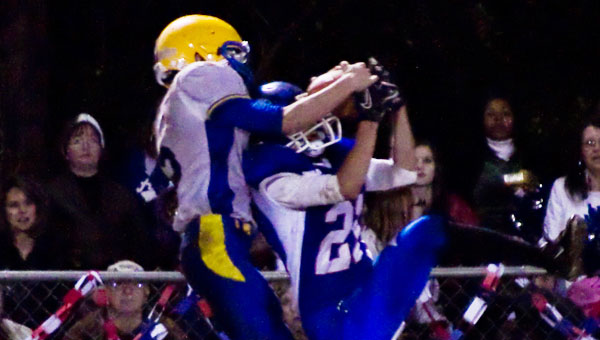 Turnovers plagued the Eagles, as Hope lost four fumbles and an interception during the contest.

“We turned the ball over five times. Doing that will lose it for anyone,” said Hope head coach Mark Rettig. “But our guys really showed a lot of effort tonight.

“That was probably the best ball game our guys played all year, even though it was a loss,” Rettig added. “You hate to have a loss, but if you’re going to have one, Tabernacle is the team to lose to.”

The loss to Tabernacle was Hope’s final regular-season game of the year.

The Eagles’ next game will come during the National Association of Christian Athletes Division 1 football tournament, which begins Tuesday, Nov. 8 in Dayton, Tenn.