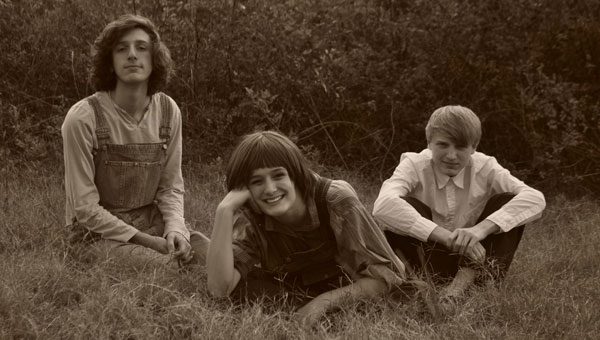 Cameron Lee, Lydia Cobb and John Kennedy dress in the costumes they will don to star in their roles as Jem, Scout and Dill in the Pelham High School production of “To Kill a Mockingbird” at PHS on Dec. 15, 16 and 17 at 7 p.m. (Contributed)

“People should see ‘To Kill a Mockingbird’ on stage because it opens your eyes to how people should treat each other,” Pelham High School sophomore Cameron Lee said.

“’To Kill a Mockingbird’ more than any other book I’ve read, makes me aware of my treatment of others,” said Lee, who plays the role of Jem Finch. PHS theater teacher Jamie Stephenson has been busy for the past three years. In addition to teaching, staging school productions and parenting two children, Stephenson has been earning her master’s degree.

“This production of Harper Lee’s ‘To Kill a Mockingbird’ is a culmination of three years of study towards an MA in directing,” Stephenson said. “I’ve spent six weeks of each of the past three summers in Chicago studying at The Chicago College of Performing Arts because a program like this is not offered in Alabama.”

Stephenson said her students have been amazing. “My students and I have gone through this program together. I brought what I learned into the classroom for each new school year. This cast and crew are helping me attain a degree that I never thought was possible,” she said.

Adapting a book into a stage production has been the center of Stephenson’s thesis.

“I chose this show because it’s relevant to recent laws enacted in our state and because it’s a Southern classic,” Stephenson said. “Lee’s novel speaks to the ugliest part of humanity and the most beautiful. This production makes my students realize what their grandparents fought against to create a better world for them and they are now more committed to continuing that work.”

PHS English teacher Rebecca Burnett attended auditions. “Jamie did a great job of casting the play. The cast contains a great combination of kids,” Burnett said. “The set is impressive. They’ve built the homes of Miss Maudie, the Finches and the Radleys. Jamie and her students have brought Lee’s Depression-era town of Maycomb, Alabama to life.”

“If you come to see the play, you will leave with a different outlook on life,” cast member Cameron Lee said.

The play will be performed in the PHS auditorium Thursday, Friday and Saturday on Dec. 15-17 at 7 p.m. Tickets are $5 for presales and $8 at the door.