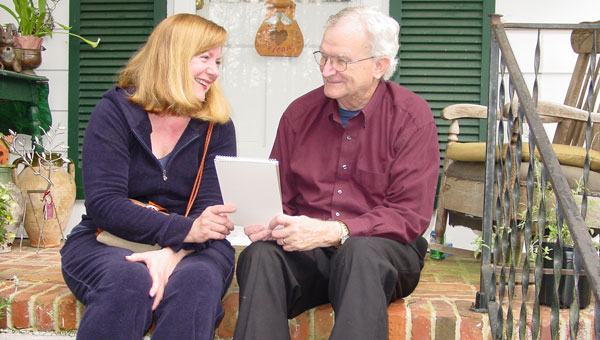 The Montevallo Historical Preservation Commission has been very active in the last few months. Its current project is to assemble and publish a collection of treasured stories of by-gone days in this small city.

Commission members feel that there are many tales floating around that have not been published. This became evident in the story-telling programs that were hosted by the HPC several months ago.

John Lott, vice-chair of the commission, explained that they are looking for written or oral stories of people, happenings, or just memories of how things were long ago. Those who have stories, or know of others who have stories, are encouraged to call any commission member.

Prior to beginning this new project, the commission, in recent months, was approved and designated as a Certified Local Government; meeting all of the standards of the federal government for historical preservation. The CLG program is a project of the Department of the Interior, the National Park Service and the Alabama Historical Commission. Its purpose is in certifying local governments to participate and cooperate in the identification, evaluation and protection of cultural and historical resources.

Montevallo is one of only 29 CLGs in Alabama, and the designation improves the city’s position in obtaining grants.

Records of the MHPC show many successful activities in past months. They received two grants: one an educational grant and the other to employ a consultant who was to prepare a nomination for the downtown district to be listed in the National Register of Historic Places.

Several commission members attended training sessions in nearby cities, and the HPC hosted an area-wide workshop in Montevallo. The consultant completed the nomination for the National Register and it will be submitted for approval this summer.

The sale of Eloise Meroney’s book, “Montevallo, The First One Hundred Years,” continues. The HPC had the book reprinted and added several other short tales of Montevallo’s early days. The successful sale of this little book inspired the commission to assume the task of preserving Montevallo’s past by publishing the proposed collection of Montevallo stories.

The meetings are all open to the public.

By SHELBA NIVENS / Community Columnist Classes to help equip communities for disaster, and train chaplains to be a ministry... read more