‘Til death do us part 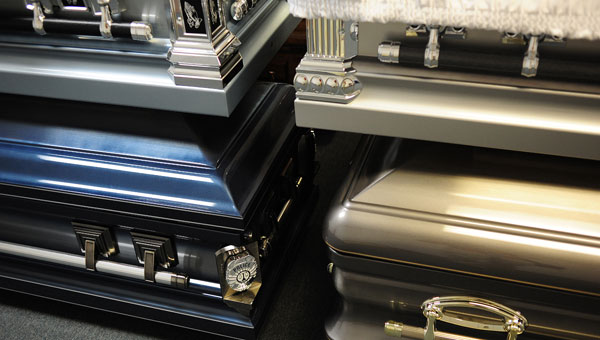 When a loved one passes away, funeral home directors step up and can become a stabilizing force for grief-stricken families.

For many Shelby County morticians, they see their profession as a ministry to the community.

Cody Caldwell has been a funeral director for 11 years at Rockco Funeral Home in Montevallo.

“You see a lot of different aspects with how the family deals with loss of a loved one,” Caldwell said. “What we’re here for is to serve the family. We help start the grieving process for the family.”

To become a funeral director, the profession requires a two-year associate degree in funeral service education.

Funeral directors come into the profession for different reasons.

Caldwell went to school with grandchildren of Rockco’s former owner, Billy G. Rockco, and so became familiar with the profession.

“It’s what I decided I wanted to do,” Beavers said. “It’s a job where you actually help people.”

Lauriann Loveless, a funeral director at Charter Funeral Homes in Calera, worked in a cemetery with her parents, and decided to go to school to become a director.

“I think God puts you where you need to be,” Loveless said.

Loveless was one of the first female funeral directors in the county.

Ed Burdett, a funeral home director with Charter for four years, began his career in 1966. He was one of Shelby County’s first emergency medical technicians, and served as coroner for four years.

“I had never been in a funeral home before I started working here,” he said. “I try to help my fellow man.”

Gilliland said his family was raised in the business.

“Mine wasn’t,” Loveless said. “My first dead body was my first autopsy (during a college class). They were laying bets if I’d pass out on my first day of clinical.”

By DREW GRANTHUM / The Clanton Advertiser In a world where up-to-the minute information is available at the touch of... read more