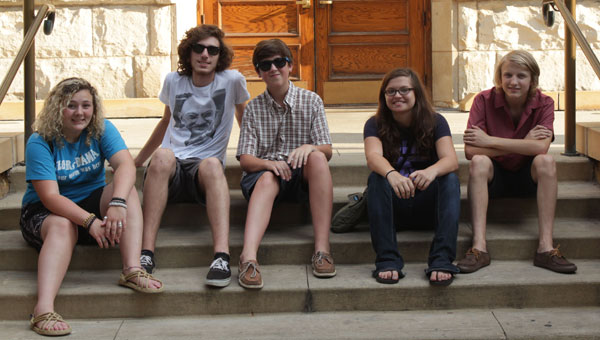 “We didn’t have the money to fly to Lincoln, Nebraska-the site of this year’s International Thespian Festival,” said PHS Theatre teacher Jamie Stephenson, “but taking students to ITF allows us to start the school year strong.”

With creative thinking and generous community support, Stephenson found another path to ITF.

“Amtrak had a great rate. None of the kids had travelled by train before, so they were excited,” Stephenson said. “We saw beautiful countryside and saved money.”

“The students attended two workshops a day while I worked as the assistant scholarship coordinator for the National Educational Theatre Association’s scholarship program,” Stephenson said.

Students made friends from high schools all over the country, watched their performances and were inspired by the level of dedication and talent they witnessed.

“We’re good, but we can be better,” Lee said. “We’re inspired to take our performances to the next level.”

A day in Chicago rounded out the trip. Students visited the Art Institute of Chicago, Millennium and Grant Park, Magnificent Mile and Lincoln Park Zoo. They saw Navy Pier, The Hancock Observatory and the Willis Tower.

Before leaving Chicago, PHS students attended a production at the Lookingglass Theatre Company. This original musical written by the company was a beautiful story about the sinking of the Eastland.

“After the show, we couldn’t stop talking about it. That’s what good theatre does-it touches you so deeply that you feel the need to discuss it long after the performance,” said Stephenson.

Panther Theatre is planning a 2012-13 season to keep our community talking. Productions will include “Arabian Nights,” “Steel Magnolias” and a musical revue featuring scenes and songs from Broadway.

Collum is a working writer

By CONNIE NOLEN / Community Columnist “If you want to be published, you’ve got to be committed to editing and... read more