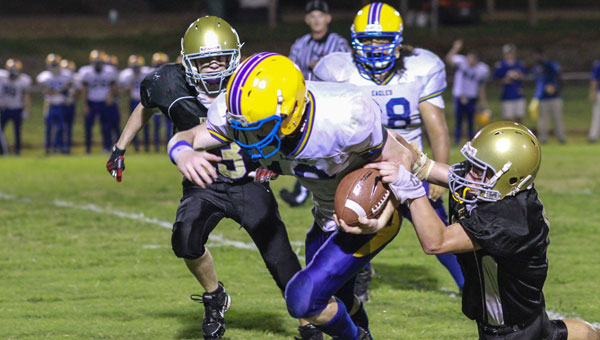 Reid Allen and Dillon Thompson led the Eagles (1-0) with two touchdowns each in the season opener.

“It was a good opportunity for us,” Nafe said. “We’ve got a lot of new players that really stepped up.”

Timothy Bell scored the first touchdown for the Eagles before Allen added a touchdown, along with a two-point conversion by Thompson, to give Hope Christian a 14-0 lead after the opening quarter.

Thompson added a pair of touchdowns in the second quarter, which also included a touchdown by Allen. Thompson, Bell and Jonathan Misso each added a two-point conversion to push the Eagles’ lead to 38-0.

Riverside Christian scored its first touchdown in the third quarter before Hope Christian capped the night with three touchdowns in the second half.

Bell, Dolan Crowe and Jacob White each added a touchdown in the second half. Allen and Cameron Barnett each added a two-point conversion for the Eagles.

Allen led Hope Christian defensively with an interception and a fumble recovery.