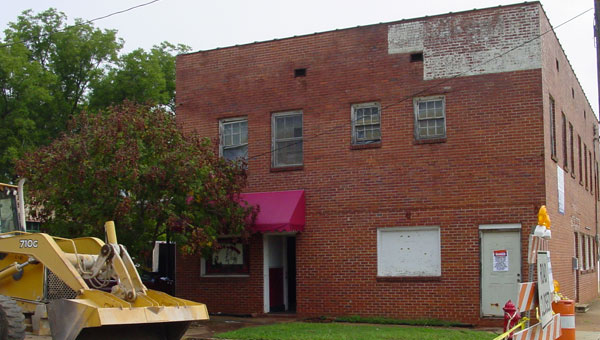 That news is greeted with both pride and sadness.

There is great pride in the progress made by this small community. Soon on that corner of Main and North Boundary, there will be a beautifully landscaped parking lot adjacent to the new promenade connecting the green areas of the University of Montevallo to those of Orr Park. Across the street, a new bookstore will give a lift to the downtown area and will utilize that parking lot.

But then there’s the sadness when we remember that once-thriving bus station. Henry Emfinger’s book, “From Wilson’s Hill to Montevallo, Alabama,” gives us the history of Alabama Coach Co. in a nutshell.

The station was built by Curry Norris (he also built the City Hall) for owners W. L. Brown and his two sons, Hansel and Wyman, in 1945 to replace the first small station on Middle Street. There were as many as 24 buses running daily routes to Birmingham, Tuscaloosa and Sylacauga, with stops anywhere in between. Some of the early drivers were Luther McGaughy, Chick Carlee, Slick Morris, Gene Clark, Herman and Osco Blackmon.

Ruby Hartley, Willie Mae Ambrose, Dean Darden and others traveled by bus to work in Birmingham department stores; round trip fare was $1.35. During the war years patriotic workers were bused to the ammunitions plant in Childersburg, and to the coalmines in Aldrich, Boothton, Dogwood and Marvel.

The large building on the back of the lot was built for bus maintenance and now that building will be used for a prospective retail business.

Scheduled bus services ended in 1973 and Wyman Brown, who had managed the business for many years, closed his bus service entirely in 1984.

Most local readers will agree that it may be necessary to lose our old buildings in the name of economics and progress; but it’s very sad.