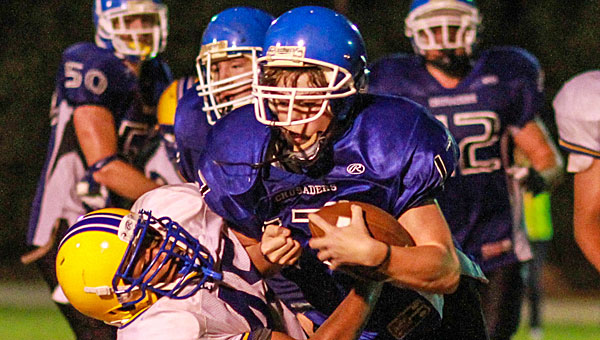 “We played a heck of a ballgame,” said Hope head coach Tony Nafe. “Our kids stepped up and our assistant coaches stepped up with a solid game plan.

“Across the board, they played with enthusiasm,” Nafe added.

Heritage Christian jumped to an 8-0 lead in the first quarter, but Hope answered by scoring in the second quarter on a 16-yard run by Dillon Thompson, a 37-yard pass from Allen to Charles Streets and a 5-yard run by Allen.

Hope extended its lead in the third quarter with touchdowns on a 26-yard run by Streets, a 1-yard run by Reid Allen, a touchdown pass from Allen to Josh Clevenger, a 23-yard Allen run and a 9-yard run by Drew. Drew also added a 2-point conversion following the Allen-to-Clevenger touchdown to bring the game to 44-8.

Lions come up short against Rebels