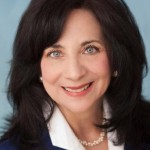 House District 43 is a mostly Republican district that includes part of Shelby County. McClurkin has represented the district since 1998.

“My neighbors in House District 43 are conservative, and I believe it will benefit our district as well as the Republican party to fill this seat with another conservative woman,” Ciamarra said in a news release.

Representing Alabama on the National Right to Life Committee, Ciamarra this year pushed for passage of a McClurkin-sponsored bill that added new regulations for abortion clinics. The bill passed, but a federal judge has stalled its enforcement.

Born in New Orleans, Ciamarra moved to the Birmingham area in 1987. She is a graduate of the University of Southwest Louisiana and Louisiana State University, where she earned her master’s degree in communication disorderism, according to her campaign website. The mother of five also is the owner of Ciamarra Communication Consulting.