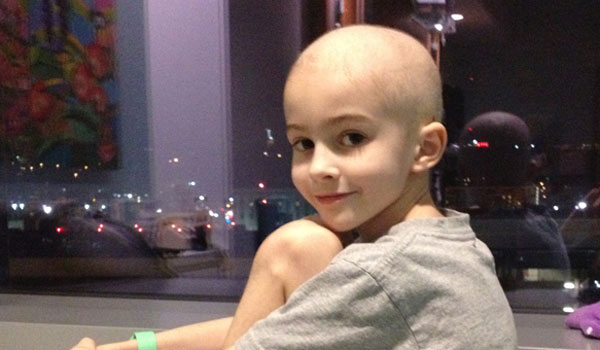 The community rallied around the Montevallo second grader during his struggle with neuroblastoma, a neuroendocrine tumor that develops on nerve tissues throughout the body. The Iron Order Motorcycle Club of Shelby County sponsored a motorcycle ride and Montevallo Elementary classmates wore baseball caps and yelled “Ollie, Ollie, Ollie” for a video, which they sent to their friend.

At the beginning of July, hundreds walked from the lawn of Flowerhill at the University of Montevallo to the Tetloff’s house, holding thousands of balloons and glow sticks and chanting, “We love Ollie.”

Ollie Tetloff died slightly after 9 p.m. on July 24 surrounded by family and loved ones, his mom wrote on her blog Ollieupdates.org, which she used to update friends and family members about her son’s battle with cancer.

“I often told Ollie he has my heart, and today my heart is gone, shattered into a million pieces,” Meredith Tetloff wrote.

“Now it feels as if the world should stop. It is certainly a darker, colder place without him. I can feel my sorrow and ache in every inch of my body,” his mother wrote.

Meredith Tetloff encouraged those who want to honor her son’s memory to make a donation in lieu of flowers to one of the following organizations:

“Yesterday as we experienced an incomprehensible pain and anger for the loss of our beautiful baby, so many other families were going through the same thing,” Meredith Tetloff wrote. “I can’t even wrap my mind around this—the cruelty of it seems too much for so many to suffer through. Please consider joining the fight.”