Hope kicks off season with win 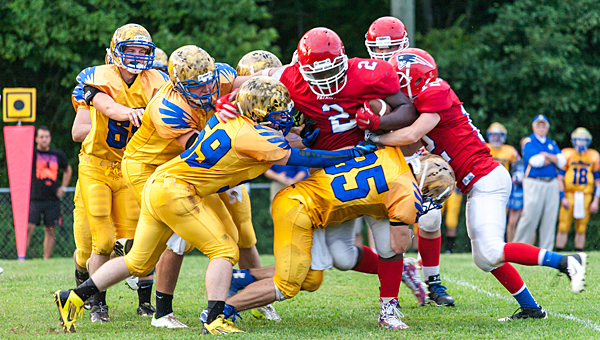 The Hope Christian School Eagles scored all 38 of their points in the first quarter-and-a-half en route to a season-opening shutout of South Haven Christian School in Springfield, Tenn., on Aug. 15.

“We put up all 38 points in the first 19 minutes of the game,” Hope head football coach Tony Nafe said. “We made some of the mistakes you typically make during your first game of the season, but it was a good tune-up for us.

“We’ve got a lot of young guys with a lot of potential, and we got an opportunity to let them get some game experience,” Nafe said.

Senior Dillon Thompson recorded four of the Eagles’ touchdowns during the game: Two in the first quarter and two in the second quarter.

Senior quarterback Reid Allen scored Hope’s other touchdown in the second quarter before the Eagles began substituting heavily to give younger players experience.

“There were three occasions where our defense stopped them on the one-yard line,” Nafe said. “We have a really good core group of seniors this year.”