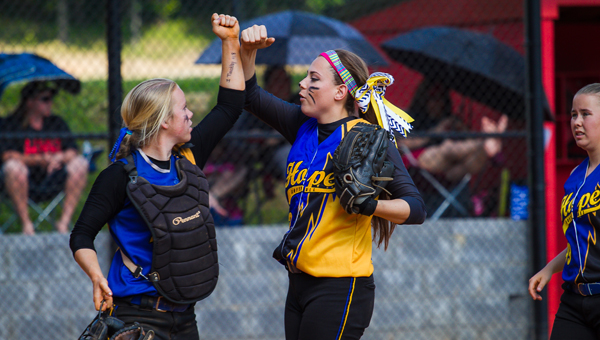 Samantha Rowley, left, and Amanda Rowley were two of the main contributors for the Hope Christian Lady Ealges in 2015. Hope will lose just one senior off this years team which captured a NACA Division II championship. (Contributed / Twanna Arnold)

By JENNIFER BAILEY / For the Reporter

Walker said that the NACA Division II win was a, “great redemption after blowing the conference win.”

Walker said that the team had several key players throughout the season. Junior Amanda Rowley is the team’s pitcher who pitched for the team most of the season.

Walker said that he feels good about his team going into the next season.

Its summer, which means its time for some pickup basketball. Here are some tips to ensure your trash talking game... read more