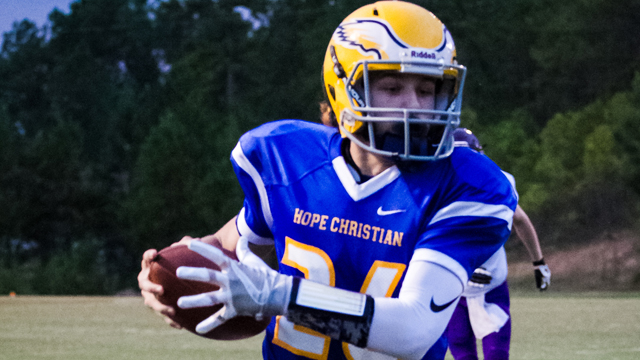 Josh Patton runs in the first of his three touchdown’s on the night as Hope Christian ran over Lighthouse 60-18. (Contributed / Twanna Arnold)

COLUMBIANA – The Hope Christian Eagles have matched their win total from last season in Week 3 of this year after beating Lighthouse on Sept. 2 by a 60-18 final. After the Eagles fell to Tabernacle in the opening week of the season, Hope bounced back to beat defending AISA AA champion Edgewood Academy 44-36 in the school’s first 11-man football game in more than 15 years. Following the win over Edgewood, Hope welcomed in Lighthouse Home School for the Eagles’ first home game of the season.

Hope is splitting its’ home games this season between Cornerstone Christian School and the Columbiana Youth Field, and the Eagles rolled to a 60-18 win.

“Our offense was just phenomenal,” Hope Christian head coach Tony Nafe said after the game. “Our defense, we’re still learning and trying to figure out how to go between the eight-man and 11-man games. I’m real proud of our guys. We’ve got some work to do on defense but we’re improving.”

From the opening quarter, Hope was in control of this one. The Eagles jumped out to a 22-0 first quarter lead, and were up 30-12 at the half. Quarterback Josh Patton had 170 rushing yards and three rushing touchdowns, including a 99-yard score, on 12 carries to lead Hope, while completing 3-of-6 throws for another 96 yards and an additional score as well.

Juan Cuellar had 120 all-purpose yards including a pair of scores as well, while Shane Davis and Peyton Long each had nine tackles to lead the Hope defense.

The Eagles advanced to 2-1 with the win, and will now prepare to play Lyman Ward on Sept. 9 as the look to keep their newfound win streak alive. 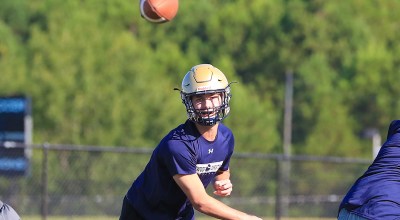 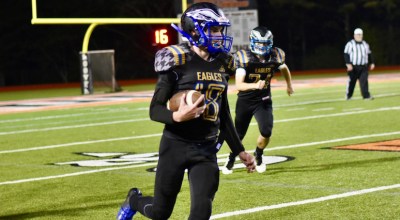 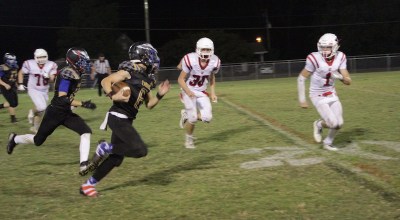