Column: Tony Nafe has a new team in heaven 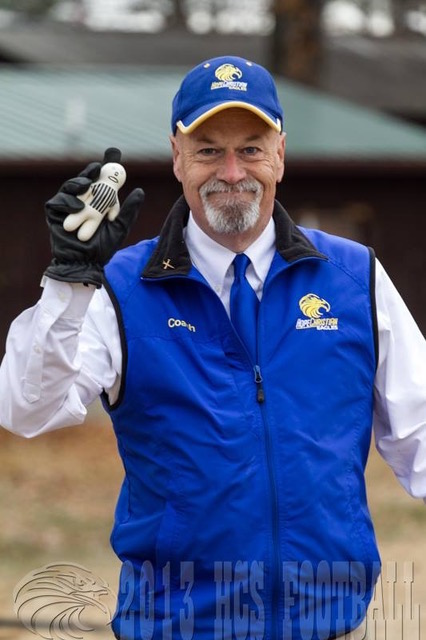 Tony Nafe has been the head football coach at Hope Christian for the past five years and will be remembered for not only his determination, but his care for fighting through the disease to be there for his players, family and friends. (Contributed)

I first heard about the passing of Hope Christian football coach Tony Nafe late on Sunday night, May 7 and didn’t know what to think. I took over the sports editor job this past November at the end of football season and never got the honor of meeting the man whom many call a miracle.

When I got in the office the following day I started digging into what made this man such a role model to so many and what I found was nothing short of inspiring.

Luckily I made it into the office early enough on Monday morning that very few people had yet to arrive. I say that because the first bit of my research consisted of visiting a GoFundMe page set up by his wife Dana Nafe. On that page I found a video that shared his story of coaching through carcinoid cancer.

This video was filled with several of his former players and coach Nafe himself describing the moment the Eagles head coach told his team the disheartening news.

“It was the end of the year right before we played Evangel for the state championship that he told us he had cancer and it was a really big shock to all of us,” former Hope Christian athlete Dillon Thompson said of his former coach. “I didn’t think he was going to keep coaching after he found out.”

Not only did Nafe continue coaching football, he fought the disease with all of the being in his body.

“Six good months is all you can look forward to,” Nafe recalled doctors telling him in the video. “I said ‘no, I refuse to accept that.’ So I said ‘God, you’ve given me a job to do and I’m going to do it as long as there’s strength in my body and breath in my Lungs.’ People say I’m a walking, talking miracle, and I am; but it’s nothing I’ve done, it’s something God has done and those boys have done.”

By this point in the video my eyes were completely filled with tears as I tried to hold myself back from altogether balling.

I went on to find a testimonial he gave at Life of Faith Church on Oct. 18, 2015 that continued to cement his legacy.

The fact that this man was told so many times he was on the verge of dying, but continued to coach his football players and lend a helping hand to so many is what made him the guy so many people wanted to surround themselves with and I only wish I could have been one of them.

Despite never having met him, I feel like I know Nafe personally through the heartwarming testimonies he shared over the final years of his life and the accounts of his former players and family members speaking about nothing but his fight for them and his thought for others. Thank you Tony Nafe for all you did for the Hope Christian community and for everybody you crossed paths with, may you rest in peace.

By ALEC ETHEREDGE | Sports Editor CULLMAN – In its six years as a school, the Westminster School at Oak Mountain’s... read more