Veteran of the Week: Eugene B. Sledge 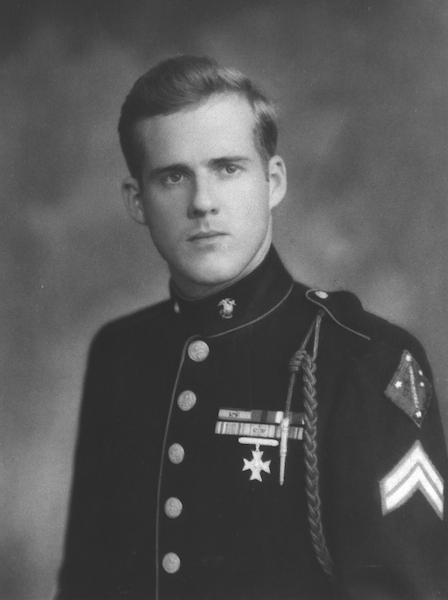 His 1981 memoir, “With the Old Breed at Peleliu and Okinawa,” is a recognized military classic and has been the basis for several movies and documentaries.

The Battle of Peleliu suffered the highest casualty rate of the war with 1,794 killed and 8,010 wounded and missing.

The Battle of Okinawa was the largest amphibious assault of the war lasting 82 days with the highest numerical casualties of the Pacific war with over 12,000 Allies Killed and 38,000 wounded and missing.

Enemy losses exceeded 200,000. He served in the occupation forces in China after the war. He was a Biology Professor at the University of Montevallo, where he was employed from 1962-1990. He and his wife, Jeanne, had two sons, Henry and John.

He graduated from Auburn University (1949) and received his Ph.D. from the University of Florida (1960).

In his own words: “Until the millennium arrives and countries cease trying to enslave others, it will be necessary to accept one’s responsibilities and to be willing to make sacrifices for one’s country – as my comrades did. As the troops used to say, ‘If the country is good enough to live in, it’s good enough to fight for.’ With privilege goes responsibility.”