“The American Village is pleased to join the Shelby County Reporter in recognizing Henry Eugene ‘Red’ Erwin, Sr. as Veteran of the Week,” American Village founder and CEO Tom Walker said. “He is representative of the hundreds of thousands of Alabamians who have risked it all for the sake of our country and its freedom. To all veterans we owe a debt we can never fully repay.” 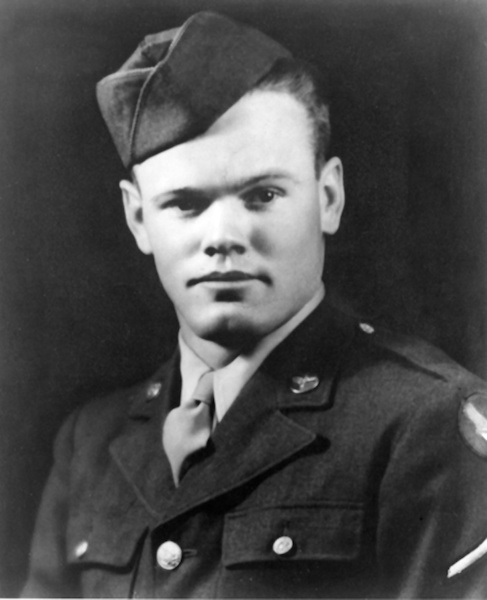 As a radio operator on a B-29 Superfortress, Erwin was given the extra duty of dropping phosphorus smoke bombs on a raid on Koriyama, Japan. When he pulled the pin that released the bombs, one exploded, sending the flaming canister up, hitting Erwin in the face.

It blew his nose to pieces, blinded him and seared off one ear. Smoke filled the aircraft, making it impossible for the pilot to see the instrument panel.

Erwin groped for the bomb, knowing that if he didn’t get rid of it, it would burn into the bomb bay. Scooping it up, he crawled around the turret, clutching the bomb between his arm and chest.

Finding the cockpit window, he threw it out and collapsed. His fellow crewmembers extinguished his flaming body, and flew him back to Iwo Jima.

A medal of honor was flown to a Guam hospital, so he could receive it while he still lived. He survived his injuries, though, and regained his sight after 41 surgeries over 30 months.

In His Own Words: “I called on the Lord to help me and he has never let me down.”