“The American Village is pleased to join the Shelby County Reporter in recognizing Colonel C.H. “Stretch” Dunn, Jr. as Veteran of the Week,” American Village founder and CEO Tom Walker said. “He is representative of the hundreds of thousands of Alabamians who have risked it all for the sake of our country and its freedom. To all veterans we owe a debt we can never fully repay.” 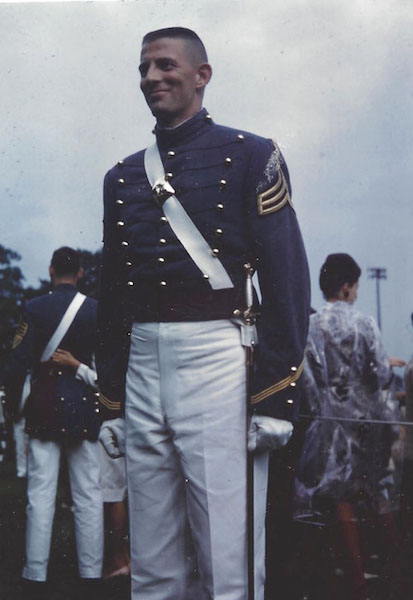 C.H. “Stretch” Dunn, Jr., P.E., was a 1966 honor graduate of the United States Military Academy at West Point. He held a Master’s Degree in Civil Engineering, and was a distinguished graduate of the Army Command and General Staff College. He served in three infantry divisions, earned the Expert Infantryman Badge and four awards for bravery, including the Silver Star in Vietnam. He co-invented the Dunn-Kempf war game used to teach a generation of small unit leaders war fighting techniques. Later in his career, he headed a 1,000-soldier combat unit and a 3,000-person engineering and construction management organization with 40 field offices in the Southeast U.S. and Latin America. He died in 2017 and is laid to rest in the Alabama National Cemetery in Montevallo.

In His Own Words: Remembering my fallen soldiers is ever in my memory. I trust the scenic overlook at the Alabama National Cemetery will become a reality and give my family a hallowed, scenic place to commune with God to both remember and gain solace and renewal of spirit. When I report in to my dad, LTG Carroll H. Dunn, and my dear friend, CPT Tomas J. Hayes IV, killed in Vietnam in 1968, I trust they will say to me “Let it be said Well Done, be thou at peace [an excerpt from the West Point cadet prayer].”