“The American Village is pleased to join the Shelby County Reporter in recognizing Command Sergeant Major Barry K. Blount as Veteran of the Week,” American Village founder and CEO Tom Walker said. “He is representative of the hundreds of thousands of Alabamians who have risked it all for the sake of our country and its freedom. To all veterans we owe a debt we can never fully repay.” 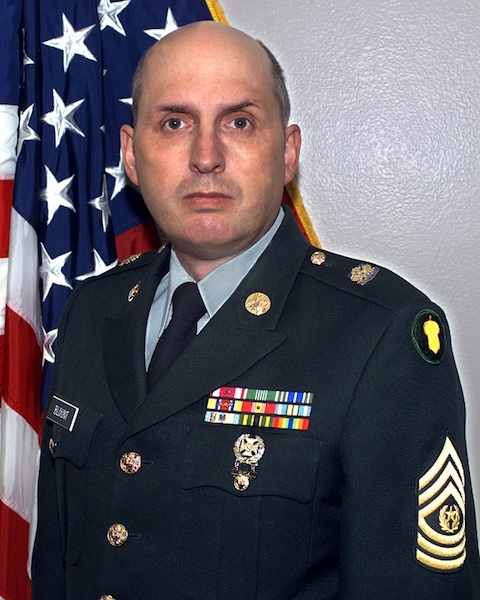 Here are highlights about this week’s Veteran of the Week: Command Sergeant Barry K. Blount. Born in Tupelo, MS 1955; hometown Pelham, AL; United States Army – 1976 to 2005. Command Sgt. Major Barry Blount, U.S. Army retired, is a veteran of the Persian Gulf War. During his career, he rose through the ranks to command sergeant major, the highest non-commissioned rank in the Army. Blount retired in 2005 after a major heart attack with many awards including the Legion of Merit. Blount’s three sons, Matthew, AJ and David, joined the Army, following in their father’s footsteps. However, Matthew’s promising life was cut short when he developed cancer after two tours in Iraq. In memory of his son in September 2014, Blount and other veterans formed the American Legion Matthew Blount Post 555, based in Pelham, to serve the community and to keep Mathew’s name alive. Blount is the first commander of the post.

In His Own Words: “If I had it to do over again. I would. “A Soldier’s Request” Treat me with respect, Sergeant. For no heart in all the world is more loyal than the heart of an American Soldier. Train me, Sergeant, that one day I too can be called Sergeant, trainer of soldiers, the backbone of the Army. Train me to accept those responsibilities that are yours. Train me to train soldiers to be the greatest defenders of freedom in the world.”