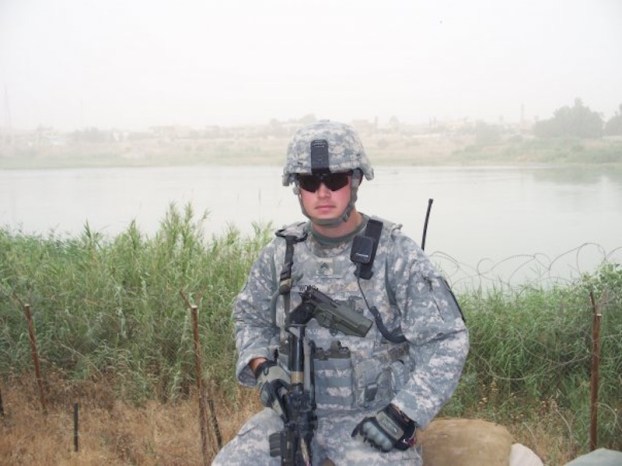 Sgt. Drew R. Wood is recognized as this week’s Veteran of the Week. (Contributed)

“The American Village is pleased to join the Shelby County Reporter in recognizing Sergeant Drew R. Wood as Veteran of the Week,” American Village founder and CEO Tom Walker said. “He is representative of the hundreds of thousands of Alabamians who have risked it all for the sake of our country and its freedom. To all veterans we owe a debt we can never fully repay.”

Sergeant Drew Wood enlisted in the Army in 2006. He went to basic training at Fort Leonard Wood, Missouri. He served as a Military Police team leader during Operation Iraqi Freedom.

During this deployment, Sergeant Wood participated in missions such as Route Reconnaissance, Convoy Security, Police Transition Training with Iraqi Forces, Border Interdiction between Syria and Iraq, and the Operation of a Combat Outpost in the city of Mosul, Iraq. Sergeant Wood’s military service ended in 2014.

He currently resides in Montevallo, Alabama with his wife Rachael, and twin daughters Anna and Addison. He is a high school teacher and coach with the Tuscaloosa Co. School System.