“The American Village is pleased to join the Shelby County Reporter in recognizing Corporal Carl L. Hudson as Veteran of the Week,” American Village founder and CEO Tom Walker said. “He is representative of the hundreds of thousands of Alabamians who have risked it all for the sake of our country and its freedom. To all veterans we owe a debt we can never fully repay.” 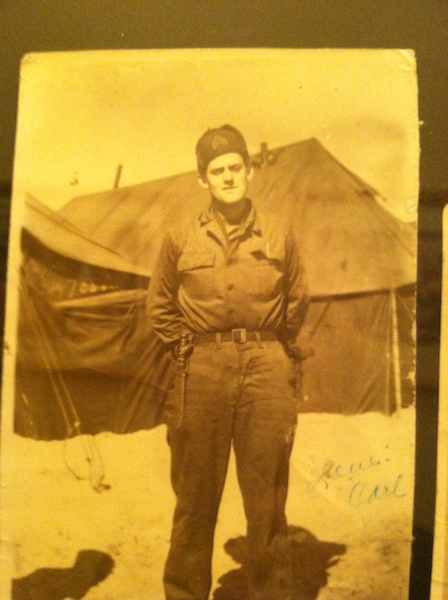 Corporal Carl L. Hudson is being recognized as Veteran of the Week. (Contributed)

Here are highlights about this week’s Veteran of the Week: Corporal Carl L. Hudson.

Carl Hudson was born on May 11, 1930 in Athens, Alabama. He joined the National Guard when he was 17 as a member of the 1343rd Engineer Combat Battalion. On Dec. 19, 1950 his battalion received orders to prepare for the Korean War. On Feb. 9, 1951 he arrived in Pusan, Korea. Upon arrival in Korea the 1343rd joined up with the 36th Engineer Combat Group with the mission to build roads and bridges so tanks and other heavy military equipment needed in the war could be shipped in and mobilized where needed. He served as a corporal and heavy equipment operator and served his entire service in this role. He recalls locations they were sent to like Heartbreak Ridge, Soyang River and developing roads from Kwande to Inje. After two years of faithful service for our country and receiving the Korean Service Ribbon, two Bronze Campaign Stars and two Overseas Bars, Corporal Carl L. Hudson received his honorable discharge and was released from the military.

In His Own Words: “I’m very proud and feel good about representing my family, community and country while serving. I feel good about serving my country when it needed me. Although there were difficult situations due to sleepless nights, cold and wet weather, and having to work in dangerous environments, I never regretted doing it. Being with men from my hometown and getting to serve close to by brother really helped. We all knew each other, supported one another and could depend on everyone.”