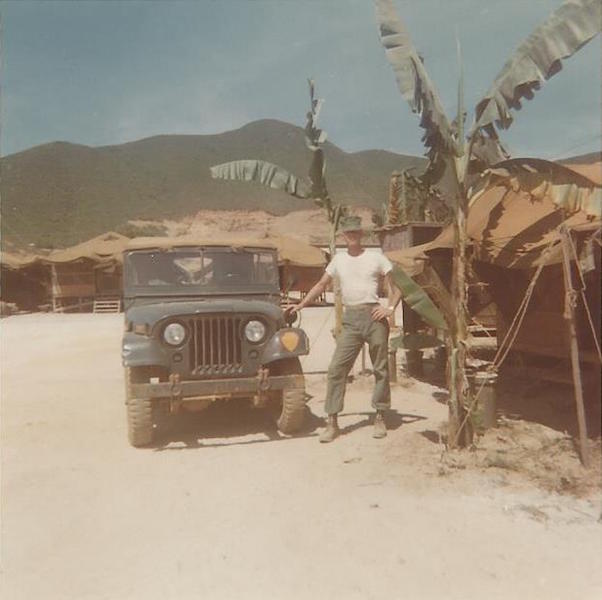 Capt. Carl Henry Robert Paepcke is recognized as Veteran of the Week. (Contributed)

“The American Village is pleased to join the Shelby County Reporter in recognizing Captain Carl Henry Robert Paepcke as Veteran of the Week,” American Village founder and CEO Tom Walker said. “He is representative of the hundreds of thousands of Alabamians who have risked it all for the sake of our country and its freedom. To all veterans we owe a debt we can never fully repay.”

Here are highlights about this week’s Veteran of the Week. Captain Carl Henry Robert Paepcke: Born to Guergen and Mildred Paepcke on Dec. 28, 1943 in Tuscaloosa, Alabama, Carl ‘Bud’ Paepcke decided at the age of 10 which branch of military he would serve his country. So after graduating from Alabama College in Montevallo in 1965, Carl was commissioned as a Marine 2nd lieutenant. In March 1966, Lieutenant Paepcke received orders to join the 7th Engineer Battalion in Danang, South Vietnam. Six months into his tour, Lieutenant Paepcke became commander of the 3rd Platoon, Charley Company. His duties included overseeing bridge construction and clearing mine fields. After 13 months overseas, Lieutenant Paepcke was promoted to Marine 1st Lieutenant and ordered back to the United States. He was assigned as the Battalion Legal Officer and Personnel Officer of the 2nd Engineer Battalion at Camp Lejeune, North Carolina. Soon after, Carl was promoted to Captain. Captain Paepcke left active service in June 1967 to become an FBI special agent.

In His Own Words: “Nothing that anyone can say to me will ever minimize the efforts of all the young Americans who served in Vietnam, giving of themselves for the principles of freedom. Each of those men still alive should take great pride in what they did in Vietnam, and the descendants of all who served should also feel that same sense of pride, for those men took the American spirit to Vietnam, and they planted the seeds of freedom in that land.”