“The American Village is pleased to join the Shelby County Reporter in recognizing Frank Chacon as Veteran of the Week,” American Village founder and CEO Tom Walker said. “He is representative of the hundreds of thousands of Alabamians who have risked it all for the sake of our country and its freedom. To all veterans we owe a debt we can never fully repay.” 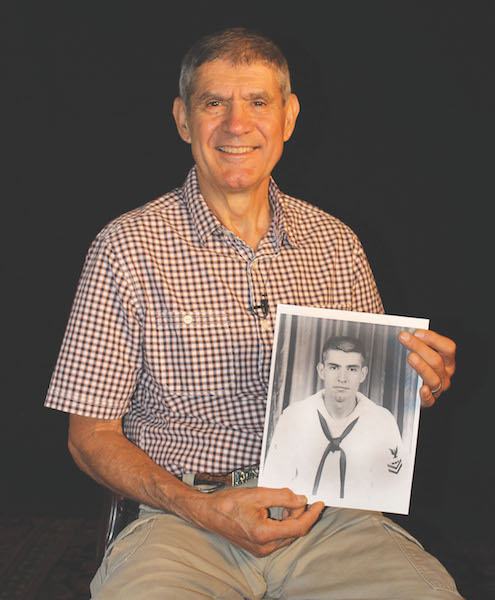 Here are highlights about this week’s Veteran of the Week: Petty Officer (Second Class) M. Frank Chacon. Frank was born in San Jose, Costa Rica in 1938. Before joining the U.S. Armed Forces he studied engineering in college in Milwaukee, and worked delivering newspapers. He thought he should enlist before the draft made the decision for him. Frank served in the United States Navy from 1960 to 1965, during the Vietnam War. Because he was in aviation and an electrician, he was able to contribute in many capacities on Naval vessels and with the aircraft aboard. Frank and his wife Pat now live in Alabaster, and both volunteer their time in the National Veterans Shrine at the American Village.

In His Own Words: “I think our young people need to serve in some capacity in the military. It is an opportunity to learn more about our country and to serve our country, and to experience the fact that freedom is not free.”