“The American Village is pleased to join the Shelby County Reporter in recognizing Sgt. James E. Dunaway as Veteran of the Week,” American Village founder and CEO Tom Walker said. “He is representative of the hundreds of thousands of Alabamians who have risked it all for the sake of our country and its freedom. To all veterans we owe a debt we can never fully repay.” 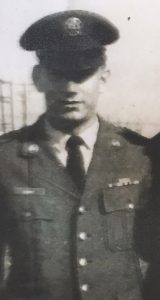 James Dunaway was born on September 20, 1946 in Shelby County, AL. His parents, Carl and Virginia, had 5 sons – Dale, James Wayne, Charles & Randy. Dale and James served in the US Air Force, Wayne in the Army. The Dunaway family lived on a cattle farm, which is now Spain Park on Valleydale Road. James graduated from Thompson High School in 1964 and went into the US Air Force on November 1, 1965. He was stationed at Lackland, Chanute, Turner, Kadena, Okinawa & Plattsburgh Air Force bases. Sergeant Dunaway met his wife Joyce Nantel in Plattsburgh and they were married in July  1967. They celebrated their 50th anniversary in July 2017. They have one son, Kenneth his wife Cynthia and two granddaughters, Sydney and Ella. James worked 10 years at Chicago Bridge & Iron Co. and 25 years at G.E. before retiring for the first time in 2003. He retired a second time in 2015 from the Shelby County Board of Education.

In His Own Words: “I was a crew chief on the KC-135. Being part of the Vietnam War and the Cold War with USSR, I have a lot of stories to tell. I am proud of my service. I love my country, state, family & my God. I am fortunate to live in this great country. God bless the USA.”