“The American Village is pleased to join the Shelby County Reporter in recognizing Col. John Schmidt as Veteran of the Week,” American Village founder and CEO Tom Walker said. “He is representative of the hundreds of thousands of Alabamians who have risked it all for the sake of our country and its freedom. To all veterans we owe a debt we can never fully repay.” 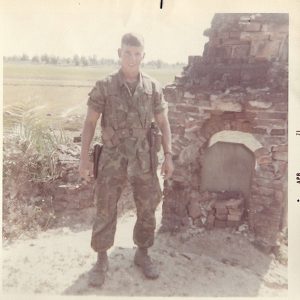 Here are highlights about this week’s Veteran of the Week: John William Schmidt was born in Menasha, WI in 1947. He attended Alabama College (now the University of Montevallo) from 1965 to 1969. He was commissioned a Second Lieutenant in the U.S. Marine Corps upon graduating from Alabama College. He was deployed to Vietnam, was rifle platoon commander with Co L 3/5, 1st Marine Division. He saw combat action in the Que Son mountains, southwest of DaNang. John served back-to-back medical deployments with 22 MEU. He attended the Air War College and was assigned to Central Command and Gen. Norman Schwarzkopf’s staff. With his boxes not even unpacked, he was deployed to Saudi Arabia. Saddam Hussein had invaded Kuwait. John helped plan defensive/offensive operations for the first Gulf War, and coordinated the American embassy evacuation in Mogadishu, Somalia, in January 1991. Colonel Schmidt returned to Camp Lejeune in 1992 with II MEF. He was deployed to Bosnia commanding a Marine Air Ground Task Force on board the carrier Teddy Roosevelt. Returning home (CLNC), he was reassigned to another MAGTF for Haiti ops after the earthquake. This was his final command, and Colonel Schmidt retired from the U.S. Marine Corps in 1994.

In His Own Words: “USMC traits of honor, courage, self-discipline, commitment and physical and mental toughness have enabled my success. Through many deployments and separations, my wife and family have endured without a father home. God has blessed us with successful sons and a strong family component.”