“The American Village is pleased to join the Shelby County Reporter in recognizing Rod Hildreth as Veteran of the Week,” American Village founder and CEO Tom Walker said. “He is representative of the hundreds of thousands of Alabamians who have risked it all for the sake of our country and its freedom. To all veterans we owe a debt we can never fully repay.” 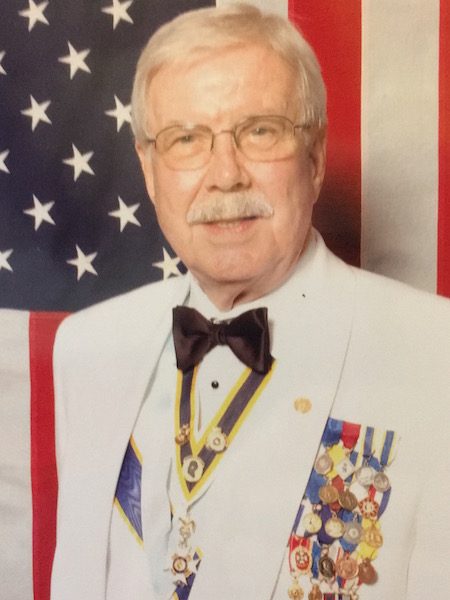 Here are highlights about this week’s Veteran of the Week: Rod Hildreth was born on Nov. 29, 1939, in Cullman Co., AL, the ninth of 10 children of Samuel Hill and Florence Philida Dawe. Rod is a 1958 graduate of Cullman High School. He received a B.A. in 1962 from the University of Montevallo, an M.A. in 1968 and a AA Certification in 1976 from the University of Alabama. He is a member of 1st Baptist Church, Fort Payne Little River Chap., and Sons of the American Revolution. He is the Alabama President of SAR, Vice President of the Southern District, and Vice President of the International District of SAR.

In His Own Words: “I joined the Alabama National Guard, Cullman, AL, Feb. 4, 1958. I was on active duty in the U.S. Army from June 7, 1958 to Dec. 6, 1958 at Fort Jackson, S.C. I served in National Guard units in Cullman, Hanceville and Calera, AL, for six years. I was discharged to inactive reserve for two years on Feb. 3, 1964. I was ‘federalized/mobilized’ numerous times during the Civil Rights Era while a member of the Calera unit (Wallace’s “stand-in-the-doorway,” bus burnings, church bombing in Birmingham, etc.).”