“The American Village is pleased to join the Shelby County Reporter in recognizing Petty Officer Frederick D. Templin as Veteran of the Week,” American Village founder and CEO Tom Walker said. “He is representative of the hundreds of thousands of Alabamians who have risked it all for the sake of our country and its freedom. To all veterans we owe a debt we can never fully repay.” 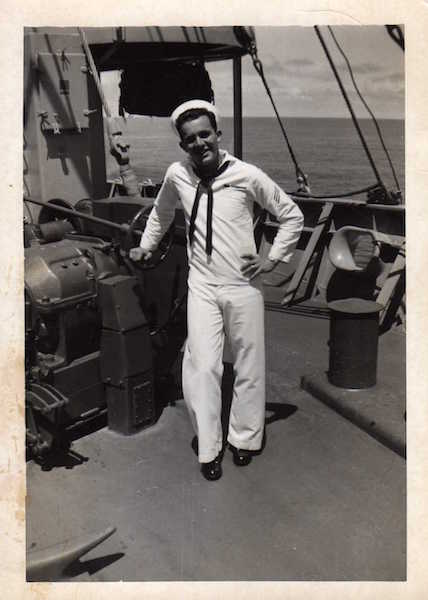 Petty Officer Frederick D. Templin is being recognized as this week’s Veteran of the Week. (Contributed)

Here are highlights about this week’s Veteran of the Week: Fred Templin was born in Selma, Alabama in 1931. He enlisted in the Navy in January 1951, and served during the Korean War. His first duty was aboard the USS Yancey (AKA-93), a cargo ship. While serving on the Yancey, he made several trips across the Pacific between San Diego and Japan, including stops at Pearl Harbor. In 1953, Petty Officer Templin was assigned to fire control school in San Diego. After graduation, he was assigned to the USS Stickell (DDR-888), a Destroyer, as a Fire Control Technician. His duty station was in the plotting room for the Stickell’s 5-inch guns. In 1954, the USS Stickell was deployed on a cruise around the world. The Stickell left from San Diego stopping in Japan, Singapore, Hong Kong, Ceylon, Kenya, South Africa, Brazil, Trinidad, and finally Norfolk, Virginia.

Petty Officer Templin received an honorable discharge from the Navy in November 1954 at Norfolk, Virginia. He was very proud of his country and of his Navy service. He stayed in touch with his shipmates throughout his life and he attended several ship reunions. He died in 2015, and is buried in Elmwood Cemetery, Birmingham.