“The American Village is pleased to join the Shelby County Reporter in recognizing Chief Petty Officer Michael Garry Wates as Veteran of the Week,” American Village founder and CEO Tom Walker said. “He is representative of the hundreds of thousands of Alabamians who have risked it all for the sake of our country and its freedom. To all veterans we owe a debt we can never fully repay.” 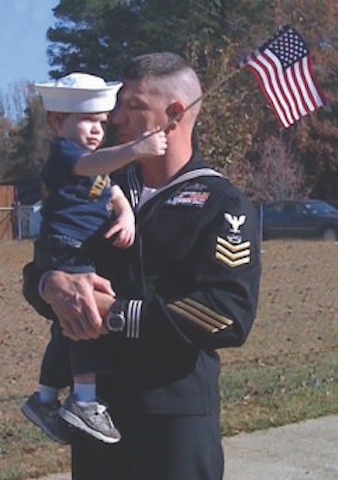 Chief Petty Officer Michael Garry Wates is being recognized as this week’s Veteran of the Week. (Contributed)

Here are highlights about this week’s Veteran of the Week: Michael Garry Wates was born in Winfield, AL in 1967. He currently calls Tuscaloosa his home. Michael served the majority of his Naval career as a military Master Training Specialist Instructor (MTS) for the Navy Seabees, and the department head for the 20th SRG Mobile Training Team. He supported the Afghan and Iraq wars with the Seabees/Marines as a commander for Convoy Security Teams. His military service includes being Squad Leader, Heavy Weapons Instructor, Range Coach, Advanced Military Instructor, Master Training Specialist, Seabee Combat Warfare Specialist, Fleet Marine Force and Combat Lifesaver Instructor.

Veterans of the Week: All U.S. veterans who served