“The American Village is pleased to join the Shelby County Reporter in recognizing First Lieutenant Marvin Lee Copes as Veteran of the Week,” American Village founder and CEO Tom Walker said. “He is representative of the hundreds of thousands of Alabamians who have risked it all for the sake of our country and its freedom. To all veterans we owe a debt we can never fully repay.” 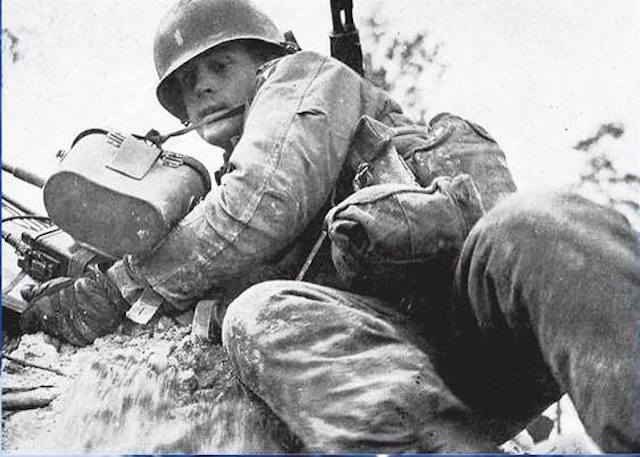 First Lieutenant Marvin Lee Copes is being recognized as this week’s Veteran of the Week. (Contributed)

Here are highlights about this week’s Veteran of the Week: Marvin was born in Brookville, AL in 1939. He graduated from Purdue University, and was in the ROTC. Marvin served in the United States Army from 1962 to 1964. He was a forward observer and battalion liaison officer for the 2nd Battalion, 39th Artillery, 3rd Infantry Division. Marvin arrived in Germany prior to the Cuban Missile Crisis. He was stationed in Schweinfurt, Germany, and patrolled the East German border with NATO troops from France, Germany, England, and Belgium. He worked with artillery, cavalry, infantry and armor units. He and his comrades spent 40 percent of their tour of duty in open jeeps, regardless of the weather. The warmest temperature reached during his first NATO exercise in 1962 was zero degrees. The assassination of President Kennedy was announced while Marvin was attending a movie at the post theater. He reports that they were “told to be on-call.” As he toured Berlin a month later, he crossed into Check Point Charlie, at a time when the Berlin Wall was still being constructed. It was a time of great apprehension and concern. Dr. Marvin Copes now lives in Alabaster, and is an active member of the community and the Shelby County area.

In His Own Words: “I continue to serve our military through Employer Support of the Guard and Reserve (ESGR), job fairs and other activities at the Alabama National Cemetery. I don’t want today’s military to be treated like those who returned from Vietnam.”