“The American Village is pleased to join the Shelby County Reporter in recognizing Private George Watson as Veteran of the Week,” American Village founder and CEO Tom Walker said. “He is representative of the hundreds of thousands of Alabamians who have risked it all for the sake of our country and its freedom. To all veterans we owe a debt we can never fully repay.” 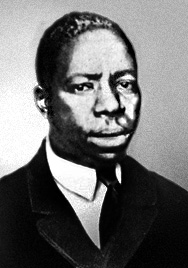 Private George Watson is being recognized as Veteran of the Week. (Contributed)

Here are highlights about this week’s Veteran of the Week: George Watson was born in Birmingham, AL in 1915. He served his country with distinction from 1942-1943. At a crowded White House ceremony on January 13, 1997, President William J. Clinton bestowed the Medal of Honor posthumously to Private George Watson, United States Army, for extraordinary heroism in action on March 8, 1943, while serving with the 29th Quarter Master Regiment, in action at Porloch Harbor, New Guinea. Private Watson was on board a ship which was attacked and hit by enemy bombers. When the ship was abandoned, Private Watson, instead of seeking to save himself, remained in the water assisting several soldiers who could not swim to reach the safety of the raft. This heroic action, which subsequently cost him his life, resulted in the saving of several of his comrades. Weakened by his exertions, he was dragged down by the suction of the sinking ship and was drowned. Private Watson’s extraordinarily valorous actions, daring leadership, and self-sacrificing devotion to his fellow-man exemplify the finest traditions of military service. Since Private Watson has no known next of kin his Medal of Honor resides in the U.S. Army Quartermaster Museum, Fort Lee, Virginia.