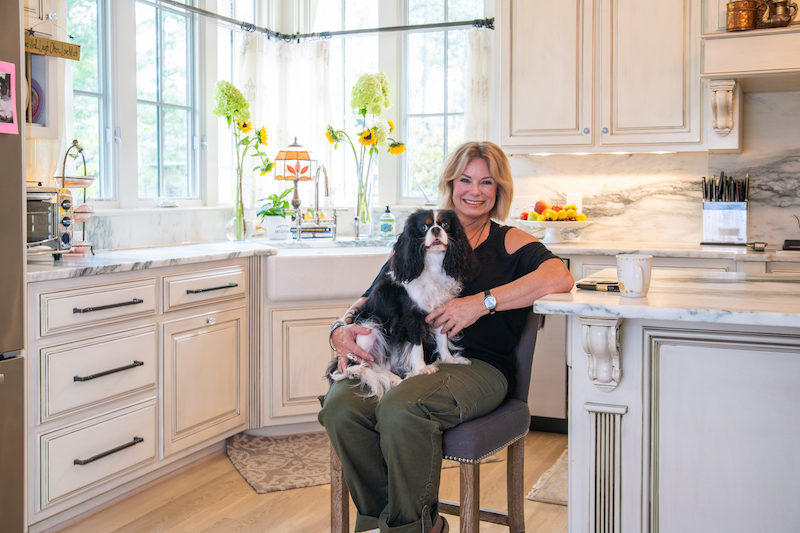 Family and work are of paramount importance to Bullock, and in her case, they go together. This Mt Laurel resident works with her daughters at her hair salon, Joelle Salon. In 1982, she won a world championship for the USA hairstyling team in Paris. Here’s another fun fact about her too: While attending the University of Alabama, she worked as a hostess for the athletic department when Paul “Bear” Bryant was UA’s head football coach. 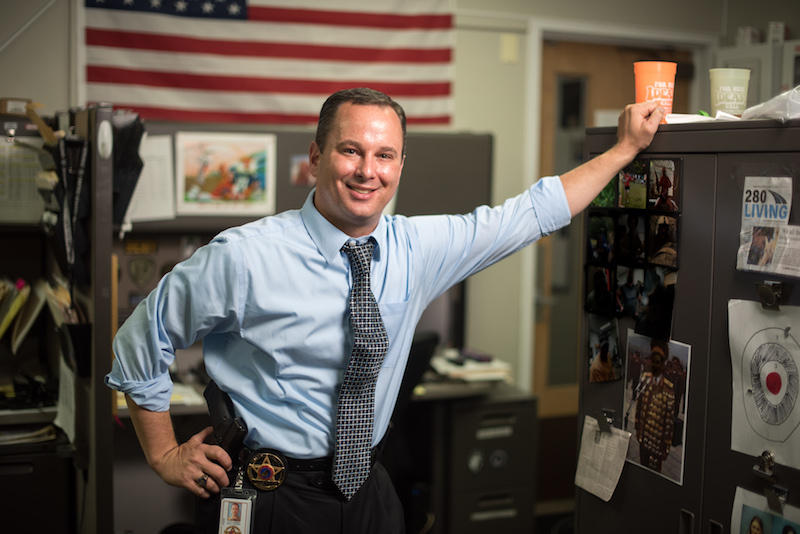 The murder of a child led this man and his family to embark on a journey to make a difference through foster care and adoption. Read his story here. 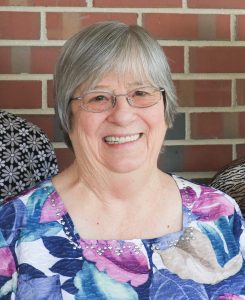 Seventeen years ago, Janice Chesser and five other women approached Liberty Baptist Church Pastor Dr. Tim Cox to discuss forming a new ministry for local widows. The Widows’ Might ministry started as a small support group at the Chelsea church for women whose spouses had died, but it turned into a close-knit group whose outreach efforts have touched thousands of people locally, around the country and overseas. 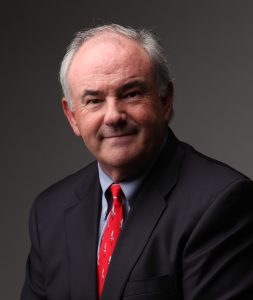 Thompson was 2 years old when his father, Hall W. Thompson, moved his family from Nashville, Tennessee, to Birmingham to assume ownership of the tractor company he purchased in 1957. Thompson, who has served as president of Thompson Tractor Co. since 1986, says his earliest memories are of playing on and around tractors. His father’s most vivid memory, however, is of the company’s frightening first month of business, when they sold just one tractor and lost $40,000. Over the ensuing six decades, Thompson Tractor Company has grown through the lines of products it carried and more locations. The Thompson family is also synonymous with Shoal Creek golf club, which was founded by Hall Thompson in 1977. Jack Nicklaus designed the course between Oak and Double Oak Mountains, which has played host to numerous PGA, USGA and NCAA events, including the PGA Championship in 1984 and 1990. In addition to that legacy, Mike Thompson founded Fairway Investments, which invests in and develops real estate in the Southeast. 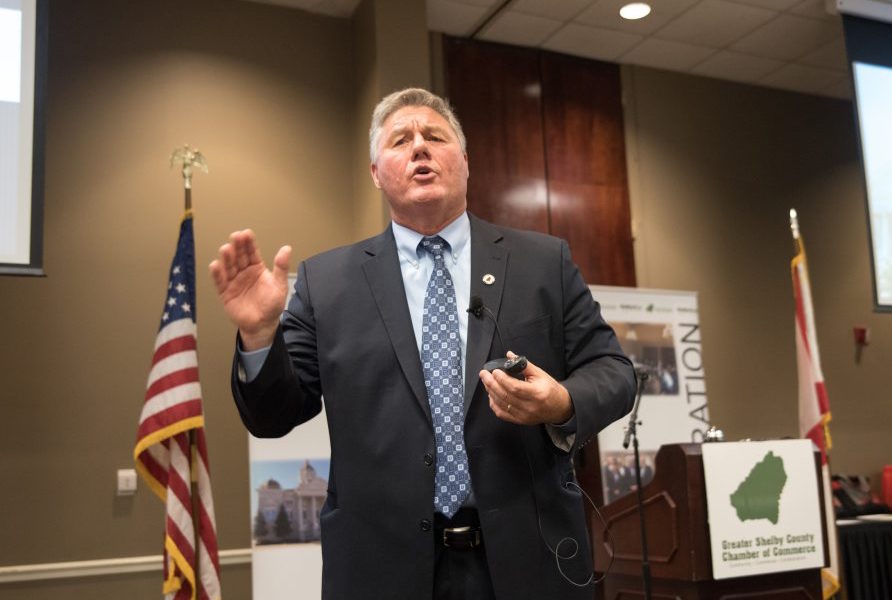 Known for his fast talking and enthusiastic nature, Dudchock has been employed by the county for more than 28 years, the last 25 as county manager. To say that he juggles a lot in a day would be an understatement. From court house expansions to recreational trails and Oak Mountain State Park, if there’s something going on in Shelby County, there’s a good chance that Dudchock is involved or at the very least knows about it. 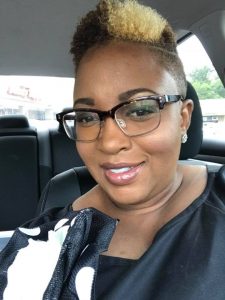 The Calera Eats Facebook group has become a hub for residents looking for new restaurants and recipes to try and for restaurants looking to spread the word about what foods they offer. In less than a year since Agnew started it, the group amassed more than 6,700 members and shows no signs of slowing. During summer 2018, she also started the Food Truck Frenzy event to offer an opportunity for food trucks in Shelby County to meet at a designated location. 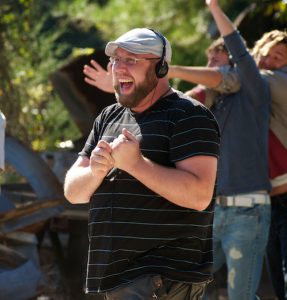 Calera natives and brothers Jon and Andrew Erwin are the filmmaking team behind “Moms’ Night Out,” “October Baby,” “Woodlawn” and “I Can Only Imagine.” Their company, Erwin Brothers Entertainment, focuses on faith-based and inspirational feature films. Much of their work has taken place in Shelby County and surrounding areas. 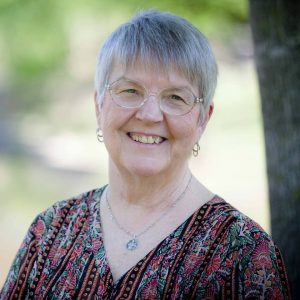 Not only is Gerrells the artistic director of Pelham’s community theater company, South City Theatre, but she’s also the festival director for the Alabama Conference of Theatre. She is recognized in Ireland, Singapore, Japan, and the U.S. as an award-winning actor and director. Her work was recently recognized when she was included in Positive Maturity’s “Top 50 Over 50” list for 2018. 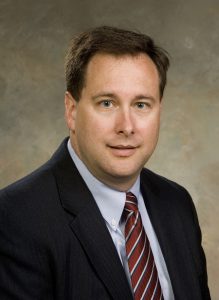 Lightfoot’s meteoric career has taken him from Montevallo to the top of the National Aeronautics and Space Administration. He joined NASA in 1989 as a test engineer and program manager at Marshall Space Flight Center in Huntsville. From there he became director of Marshall in 2009, and then served as NASA’s associate administrator (the administration’s highest-ranking civil servant) and acting administrator until he retired in April 2018. 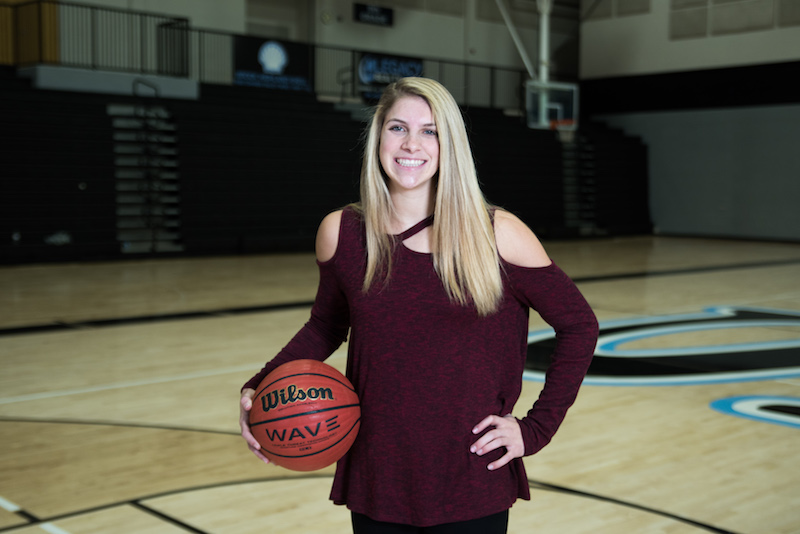 Despite two knee surgeries, this basketball star is ready to pave her own path in the SEC. Read her story here. 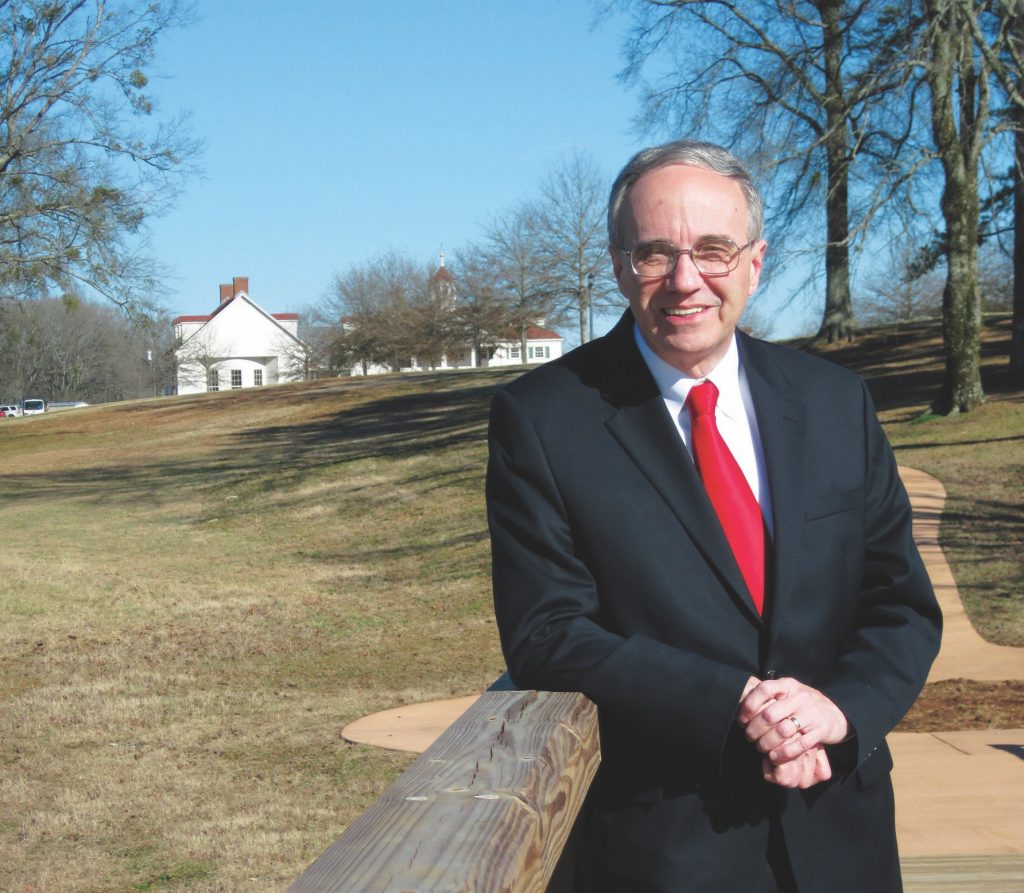 The idea to create a place where young people could learn about American history by seeing it come to life occurred to Tom Walker in the 1990s, and it came to fruition in 1999 when the American Village Citizenship Trust opened. Walker has been honored as Shelby County Citizen of the Year, Montevallo Civic Leader of the Year and as the recipient of the Alabama Governor’s Tourism Award. 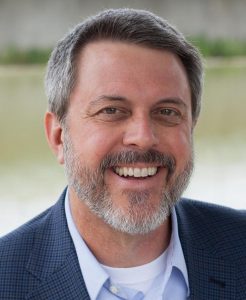 Phillips’ expertise expands beyond his real estate company—one of the fastest growing in the country—to business management in general. He is the author of the book Nerd to English: Your Everyday Guide to Translating Your Business, Your Messages, and Your Life, and he has had national speaking engagements and been quoted in media outlets such as The Wall Street Journal and U.S. News & World Report. 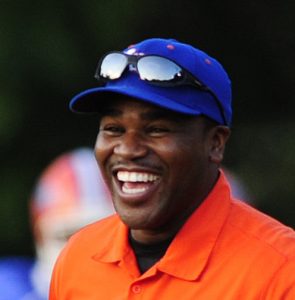 Playing quarterback for the University of Alabama football team is one of the most recognizable positions in the state, but former Crimson Tide signal caller Zow makes even more of a difference now as he coaches and mentors young men at Calera High School. He has coached the Eagles for three seasons, including leading the program into the transition from Class 5A to Class 6A in 2018. Prior to his time at Calera, he coached down the road at Montevallo High School, where he led the Bulldogs to 13 wins in four seasons. Before that, Zow played quarterback at UA for four seasons, passing for almost 6,000 yards and leading the Tide to a Southeastern Conference Championship in 1999. His priority now is reaching out to the community and supporting players. “You can say, ‘I love you, but love is an action word,’” he says. “We’ve worked hard so that they understand that we love them.” 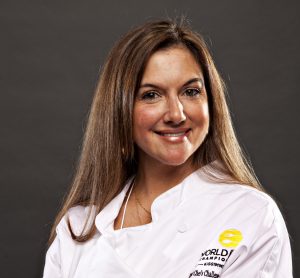 Her Asparagus-Tomato Parmesan Soup was featured on The Today Show. Her French Dip Mac ‘N Cheese Smothered French Fries made it onto ABC News. And she was sure to tout that “there’s nothing I won’t put a jalapeno on” when she competed in the World Food Championship in 2018. Goldstein is also a mom of two teenagers and calls Helena home. Find her blog that started it all back in 2010 at dixiechikcooks.com. 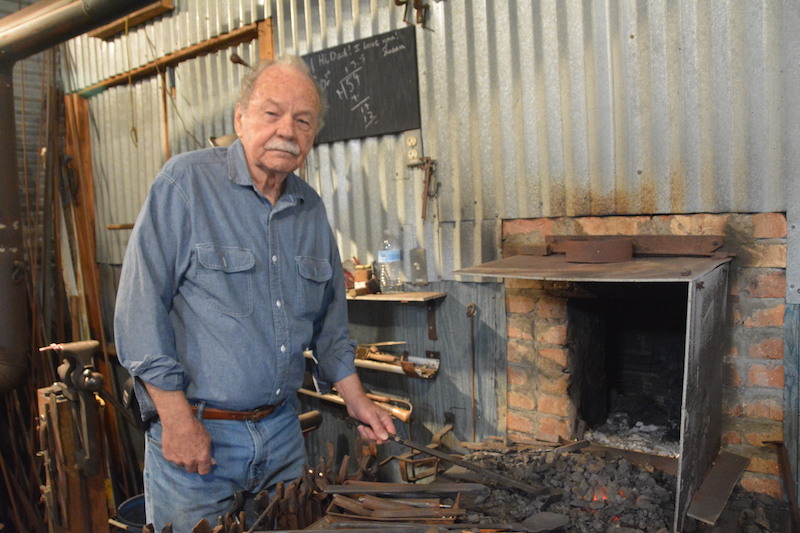 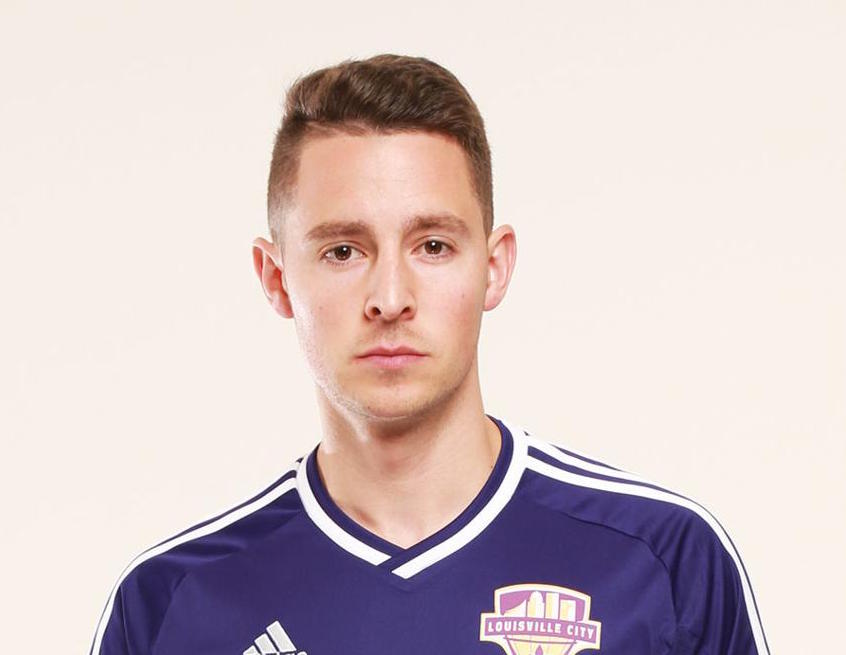 Hoffman made his name as a star for the Oak Mountain High School soccer program, and the former two-time Gatorade Player of the Year in the state will return to the area soccer scene as a member of the inaugural Birmingham Legion FC soccer team in spring 2019. Hoffman became the first player to officially sign a contract with the Legion, continuing a professional career that has included twice being named to the USL All-League First Team. 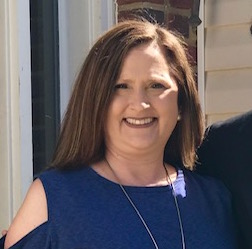 Chelsea flew its flag at half-staff in late November 2017. Its people wouldn’t forget Ingram, who’d just passed away from breast cancer. She’d long had a passion for serving her community and its children, as a Mother’s Day Out teacher, a Sunday school teacher, and in countless other volunteer roles with youth sports and more. After her cancer came back, youth and school sports teams held “pink out” games in her honor and raised funds for breast cancer research.

To say Williams is energetic about the things she believes in is an understatement. She founded the Angel Warriors Foundation to provide resources to families of individuals with special needs, organized Alabaster’s First Friday events, is working to develop a sensory trail in the city for children with special needs and in April 2018 was appointed to the Alabaster Board of Education. There’s no doubt children in Alabaster and beyond will benefit from her work for years to come. 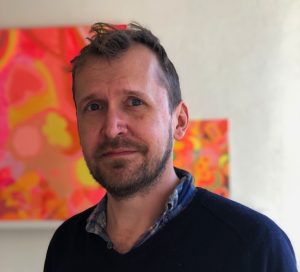 Back in 2008 Robertson was dropped off at a small Army outpost in Northern Iraq on assignment for the New York Times. Deep in the bunker, he found soldiers watching University of Alabama football season opener game at 3 a.m. Iraqi time. “It was one of the more surreal moments for me,” he recalls. “In some ways it couldn’t be more foreign (there), but it tells you something more about how in the military you hang on to what you know.” It was his time in Iraq that made this Montevallo native want to come back and cover a culture he knew already knew, the South—a place he now found a “more distinctive culture than I realized growing up.” And that’s just what he did, running the Times’ New Orleans bureau for around eight years until he recently moved to Pittsburgh to work as a general national correspondent. 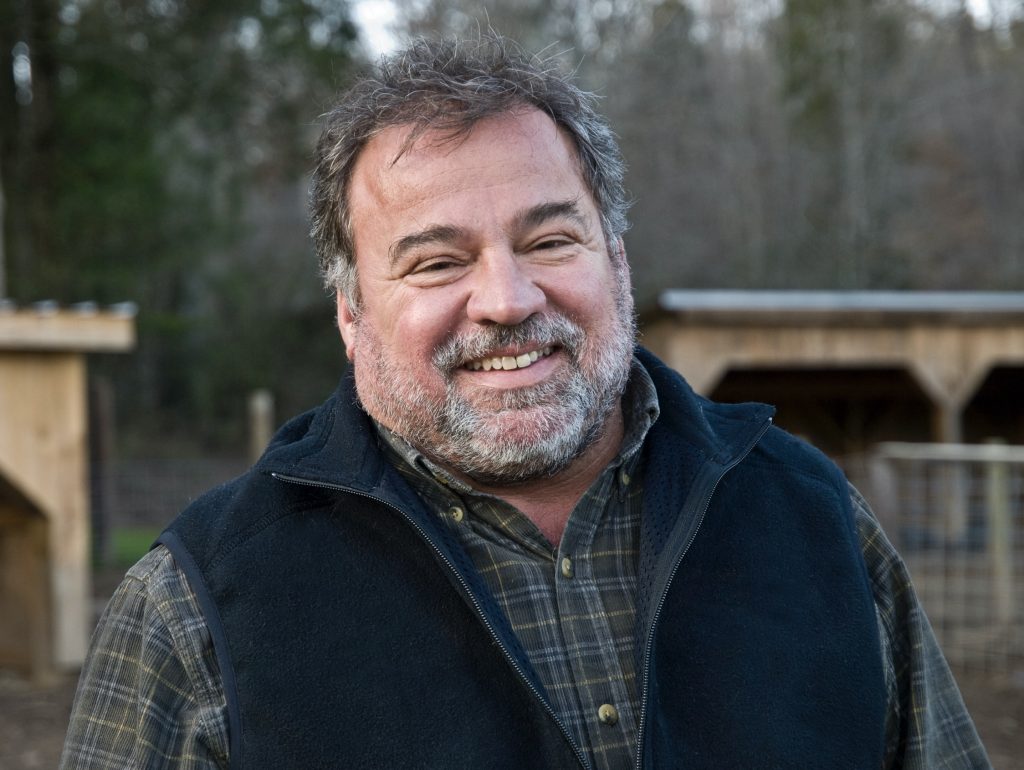 The grandson of Greek immigrants, Pihakis and his father, Jim, opened Jim ‘N Nick’s in 1985. He and a partner later built the barbecue restaurant into a seven-state empire and launched Fresh Hospitality Group, which owns and manages Big Bad Breakfast and other restaurants in several states. He’s also passionate about supporting farmers to raise heritage hogs through Fatback Pig Project, and he and his wife, Suzanne, were among Mt Laurel’s first residents. 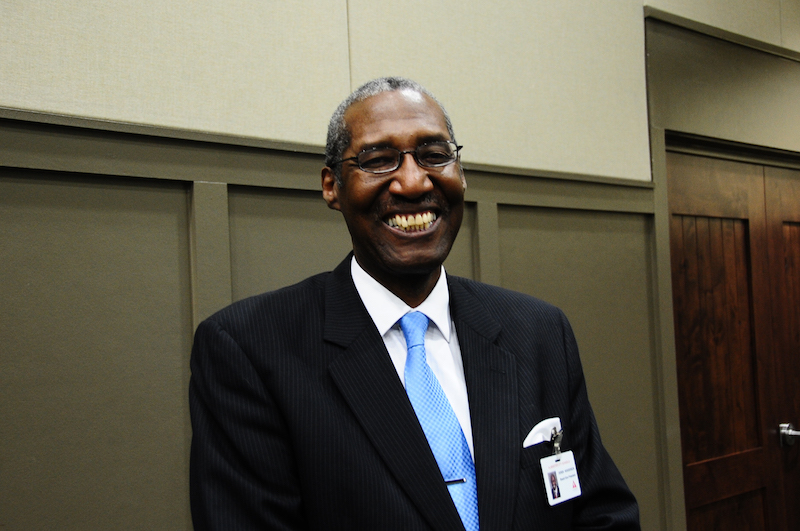 Alabaster Board of Education Member

A seat on the Alabaster City Schools Board of Education is just the tip of the pencil of Henderson’s service to education in the city. He was appointed to the board in 2013 and re-appointed for a five-year term in 2015, but before that he began a mentorship program that includes him visiting the students each week to chat about grades, set school goals and sometimes even play basketball.

Burnside has been the face of the Helena High School band since the school was founded in 2014, but his experience in the county goes back even further. He came to Helena from Pelham High School, where he started in 1999, the first year of the PHS-Oak Mountain High School split. Under Burnside’s guidance, the bands have received numerous awards and honors, including the Pelham band marching in the world’s largest St. Patrick’s Day parade in New York City in 2014. 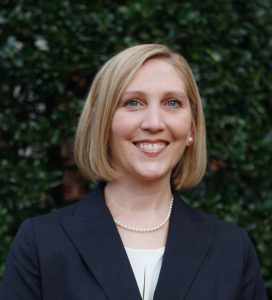 Boyd is not an unfamiliar face in Shelby County as she is replacing long-time Probate Judge Jim Fuhrmeister, who retired and endorsed his successor. She has been key in helping create a better mental health system in the county as mental health programs coordinator, and she plans to continue that work, as well as developing e-filing and technology systems, in her new role. 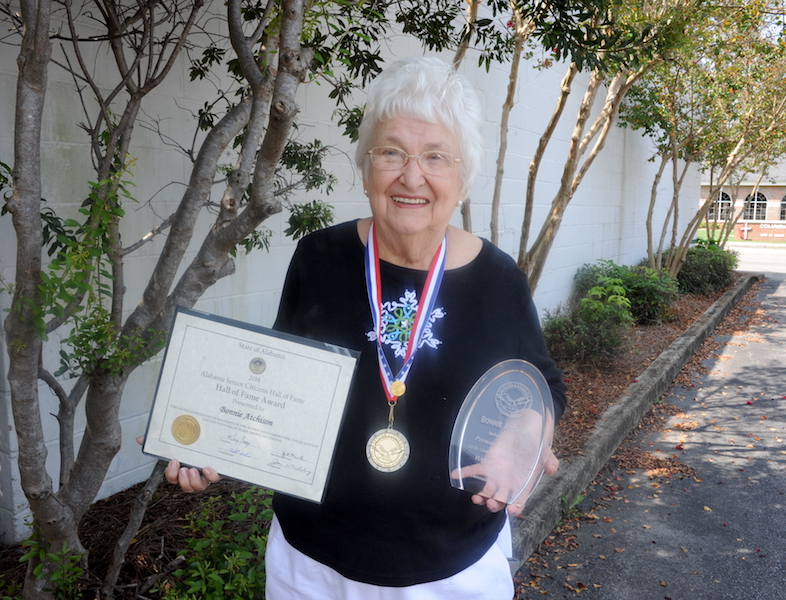 With more than 1,700 hours of volunteer work logged since 2004 as a member of Retired and Senior Volunteer Program, Atchison was recently inducted into the Alabama Senior Citizens Hall of Fame as a member of the Class of 2018. An avid supporter of the arts, Atchison contributes to the Shelby County Arts Council and operates an outreach program covering Shelby County schools, homeschooled students, senior centers and juvenile detention centers. To say that the majority of her spare time is spent volunteering would be an understatement. She has been honored by a House Resolution presented by Rep. Mike Hill and was presented with a Key to the City by former Columbiana Mayor Allan Lowe. April 2, 2013, was even proclaimed “Bonnie Atchison Day” in Columbiana by current Mayor Stancil Handley, who called Atchison the “fairy godmother of Columbiana” when she was named grand marshal for the city’s Christmas parade in 2017.