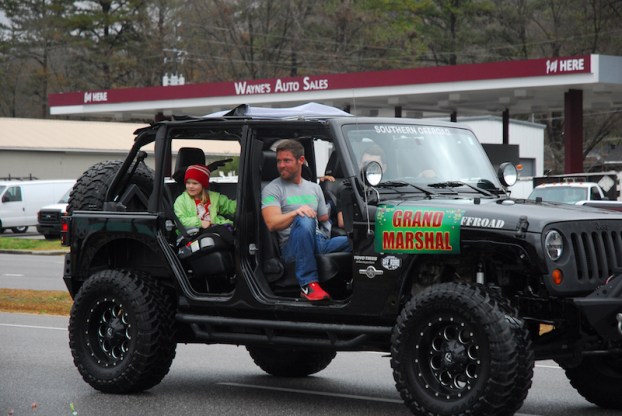 The words “strong” and “brave” are synonymous with Noah Galloway, an Alabaster resident and former U.S. Army sergeant who was severely wounded while serving in Iraq in 2005. Several years ago, he won Men’s Health Magazine’s “Ultimate Guy” contest, beating out 1,300 other contestants to be featured on the cover. He entered the national spotlight again in 2015 when he competed on the TV show “Dancing with the Stars,” finishing third overall. 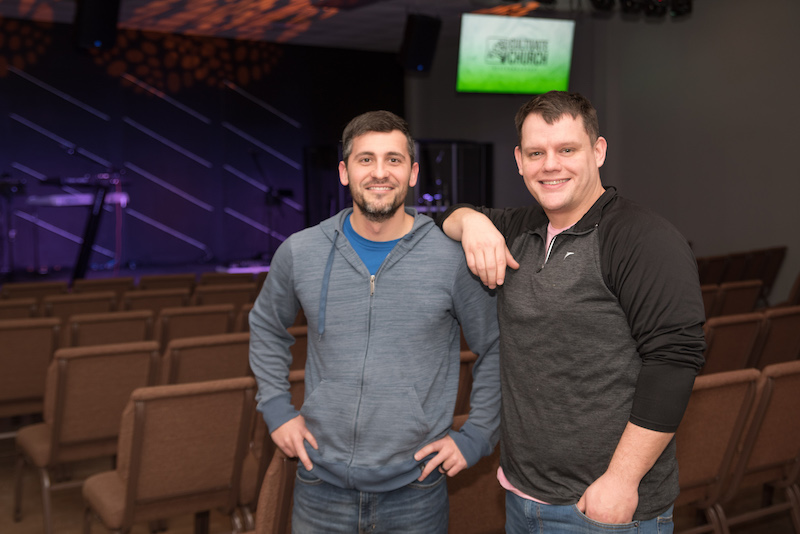 These two longtime friends brought their dream of planting a church to fruition in Shelby County seven years ago. After moving with their families to Alabaster in 2011, they started preparations for what would become Cultivate Church. From humble beginnings of holding services in Matthews’s house, the church now has two permanent campuses in Alabaster and Columbiana, and Doss and Matthews serve as lead team pastors. 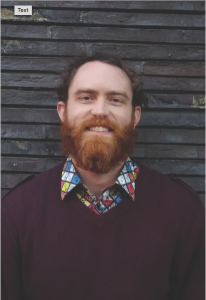 This Pelham native has had his poems and works of fiction published in several literary magazines throughout the nation, including Arcadia, Birmingham Arts Journal, Clarion, Fieldstone Review, Folio and Grain Magazine. His latest work of fiction, a book of short stories titled “Nobody Knows How It Got This Good,” is based in Birmingham and draws upon historical events and urban social issues to tell stories that most people who live in the area can relate to. 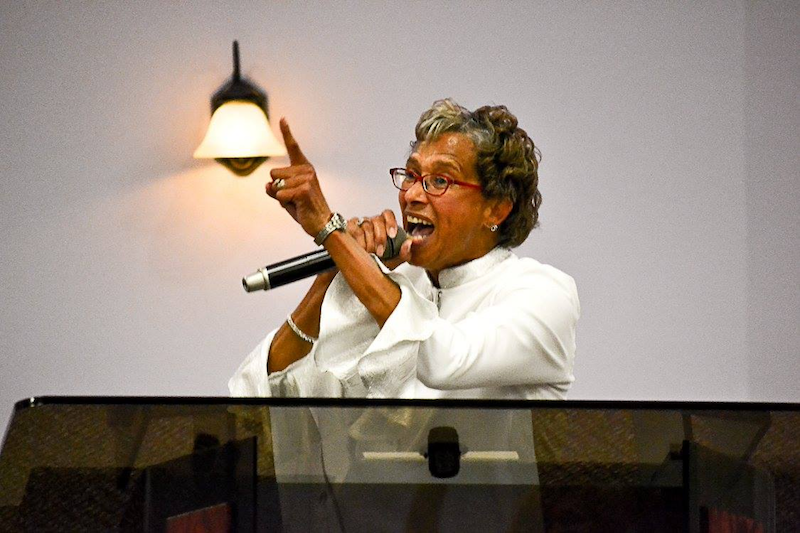 Founder of Soldiers of the Cross Ministries

Ryan founded the Soldiers of the Cross Ministries in Alabaster in 2009. The church works to provide activities and programs for at-risk teens, offers food to families in need and has been well-received in the city for its efforts. Its building was displaced by a fire in its Alabaster location in February 2018, but the church has not missed a beat even though it had to temporarily relocate to another facility. 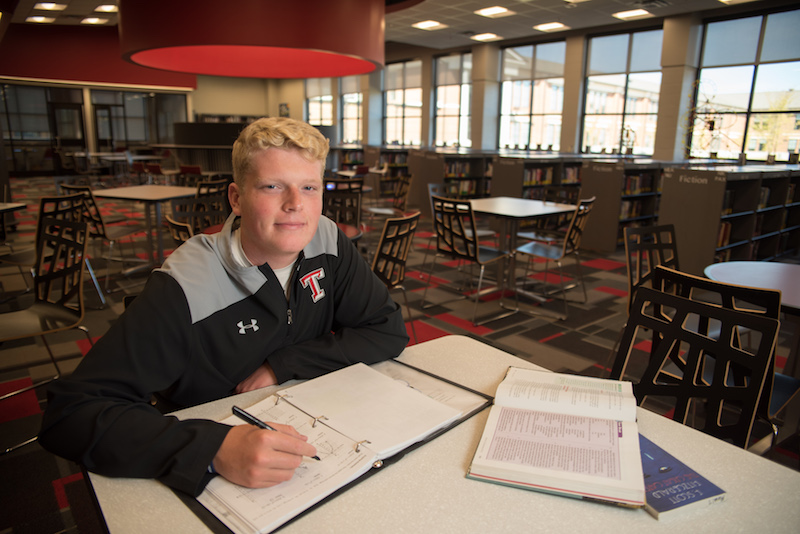 This Thompson High School student is setting the bar for impacting the community—and he’s only a high school sophomore. Read his story here. 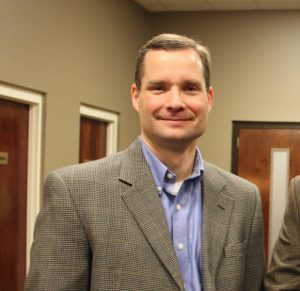 Brown has been at the helm Jefferson State Community College since June 2018 as president, but he’s also had served the college for nearly 20 years, most recently in the role of interim president. A Jeff State alumnus himself, he holds a Bachelor of Arts from the University of Alabama and Juris Doctorate from the University of Alabama School of Law. That’s not all though—he has received training at the United States Air Force Air War College, the senior Air Force professional military school. 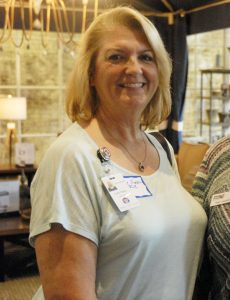 Vinson is paving the way for tomorrow’s workforce. That looks like HOPE (Herbs Offering Personal Enrichment), a project where special education students grow and harvest herbs that Taziki’s then buys for its restaurants. That also looks like a Dress to Impress fashion show to help students learn what to wear and what not to wear to an interview, now upgraded to Career Prep for ME (My Employment) Conference to teach about other job skills too. 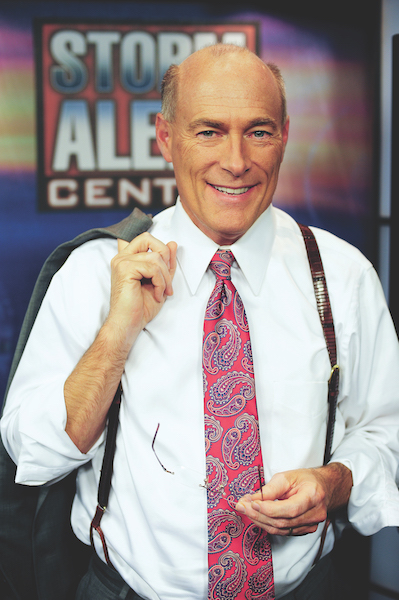 Spann is among the most well-known of all Alabamians as the suspender-wearing, sleeve-rolling harbinger of dangerous storms. But the meteorologist for ABC 33/40 knows Alabama as well as it knows him. He often references tiny communities, narrow county roads and local barbecue joints on air, enamoring him to his viewers across the state. His encyclopedic knowledge is no doubt rooted in his frequent travels to schools, churches and senior centers, where his celebrity continues to grow. 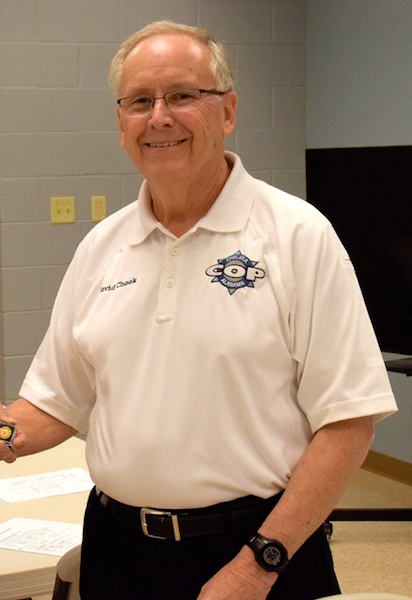 Cheek has been the director of the COP for less than two years, but this volunteer-run organization has been serving the Chelsea community for 20 years. The Chelsea COP acts as the eyes and ears of the community, patrolling neighborhoods and providing traffic control services during wrecks and sporting and city-sponsored events. Cheek says they are always in search of dedicated citizens to become a part of the group. 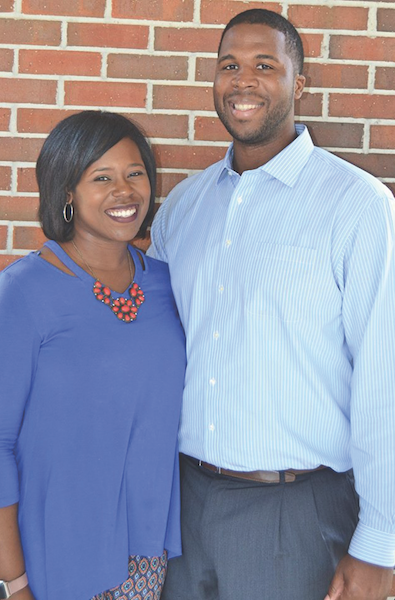 Madison got his start as a basketball standout at Shelby County High School and went on to be a successful college player at Southern Union State Community College and then at Western Michigan University. That all ultimately earned him the opportunity to play professionally overseas in the International Basketball Federation (FIBA). He spent three years in countries like Argentina, Chile, Portugal and Venezuela before coming back home to Columbiana to share his knowledge and expertise with young athletes. For nearly 10 years, Madison has hosted a basketball camp every summer for children wanting to sharpen their skills and learn the fundamental of basketball. When he’s not coaching young athletes, he is a father, husband and a supervisor at Alabama Power. 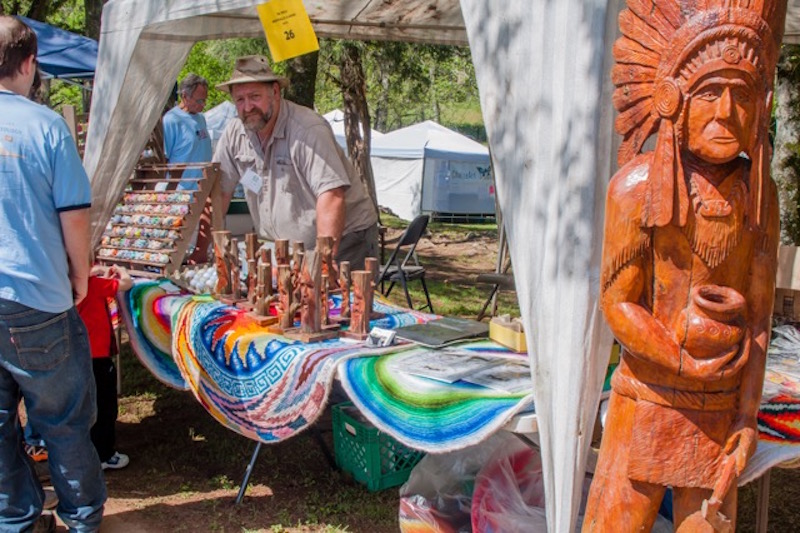 After an ice storm in 1993, Tingle carved a horse head in a dead tree in Orr Park in Montevallo and left it. Then he went back and carved another, making sure no one saw him. That’s when the buzz started. Soon he’d completed six. Today the coal miner’s tree carvings number 43, and there’s a celebration in their honor each fall, the aptly named Tinglewood Festival. 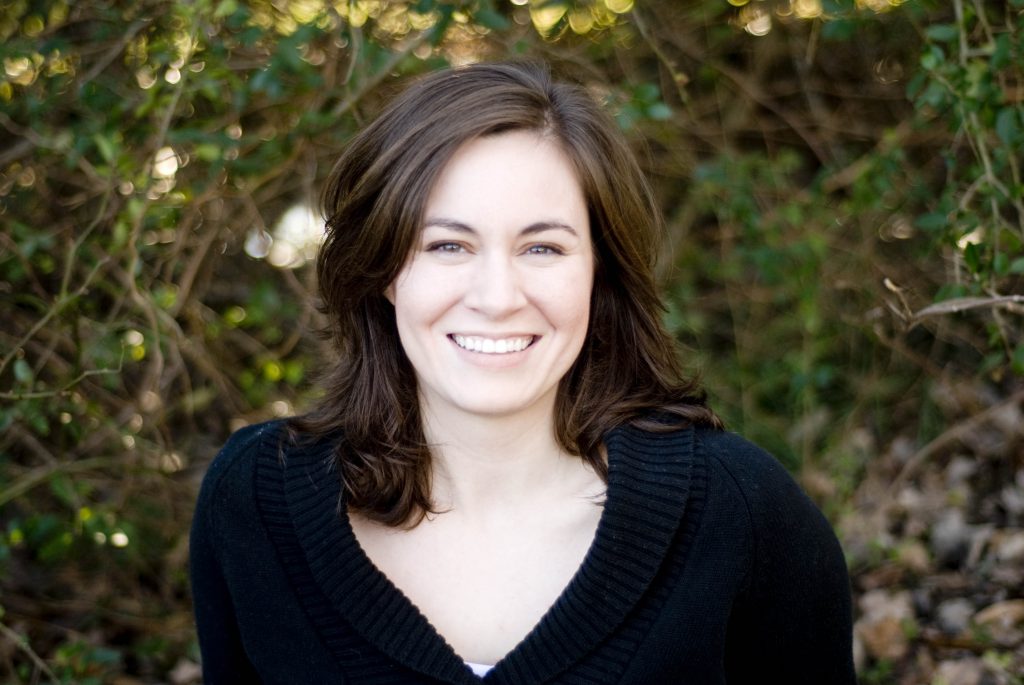 An alternate history of America. What happens if you can stop the forces of evil. The Star King’s grand banquet at the Radiant Palace. These are the worlds Riley creates in her young adult novels—an audience she knows well from her years teaching Spanish at Briarwood Christian School (where she also graduated) and The Westminster School at Oak Mountain. Today you’ll find her directing content for a marketing firm and working on a southern cozy mystery novel. 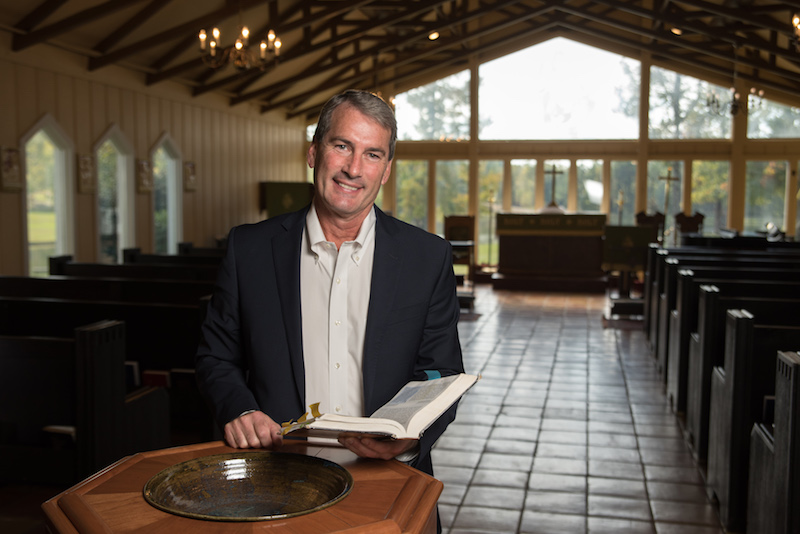 This road to leading to King’s Home was paved with a gruesome share of suffering for this leader. Read his story here. 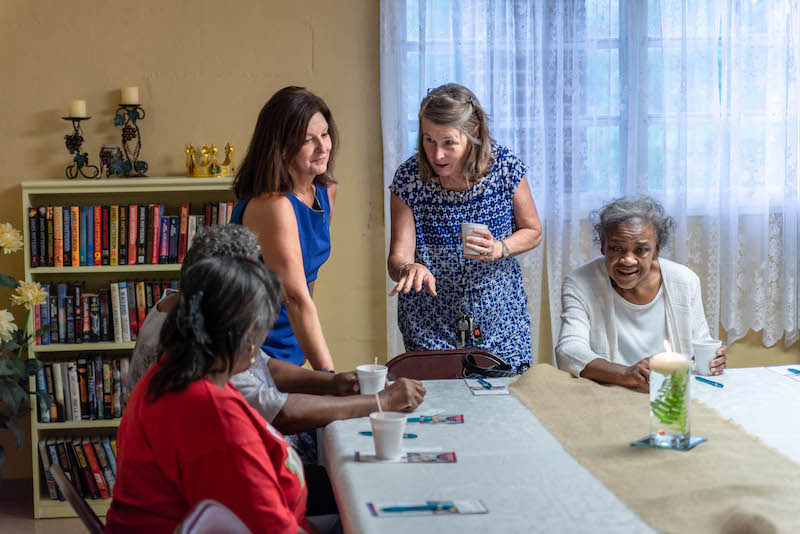 When seniors in Vincent were losing their Senior Center space, Copeland and her church stepped up to the plate to provide them a new home to meet in. “We brought it to the church, and we all decided to be the hands and feet of Jesus Christ,” Copeland says. Church members went on to renovate their building’s basement to create both fellowship space and a kitchen, officially welcoming the seniors starting in August 2018. 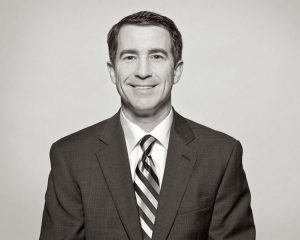 Curles makes calls on the fields during fall Saturdays as an official for the Southeastern Conference. Perhaps most recognized for his work in one of the South’s favorite pastimes, college football, the Chelsea resident spends time in many other arenas. He is a financial advisor with Bridgeworth LLC, and is a deacon and member of the technical team at Valleydale Church. He and his family also raise cattle. 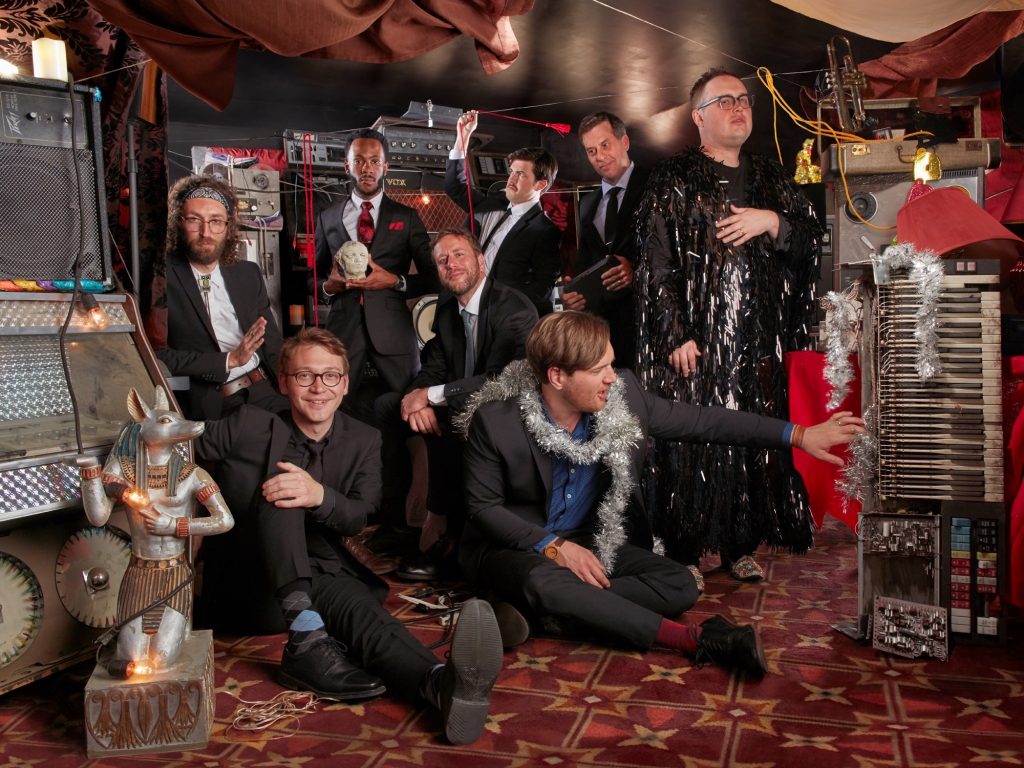 With fearless showmanship on stage with his eight-person soul-rock band, Janeway is making waves far beyond his Chelsea roots to open for The Rolling Stones, headline Ryman Auditorium and appear on the Late Show with David Letterman. The band’s new album, “Young Sick Camellia,” draws close to home though. Janeway says it’s about “growing up in a digital age, and my father and papaw growing up in their different times and exploring the dynamics of those relationships.” 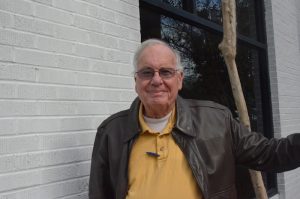 To help combat a growing nationwide shortage of commercial pilots, this local pilot regularly organizes community “learn to fly” classes at the Shelby County Airport with the hope of inspiring younger generations to take interest in the profession. He teaches aviation basics during the four-week course and offers students to chance to take a flight with him in his airplane. 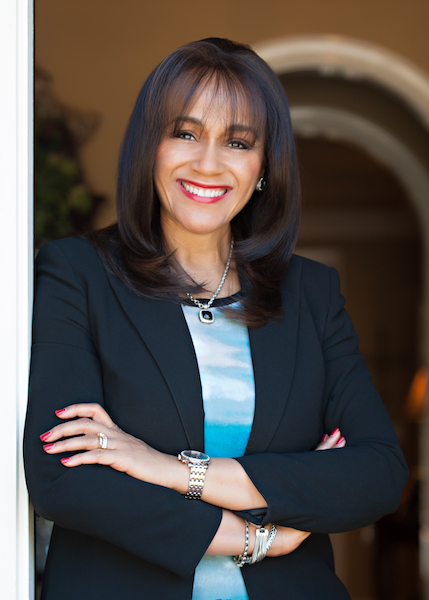 Mechelle Wilder’s list of accomplishments is neither short nor mediocre. In addition to being a founding partner of ARC Realty, she is the 2018 president-elect for Birmingham Association of Realtors MLS Board, member of the Greater Shelby County Chamber of Commerce Board of Directors, a Leadership Shelby County Class of 2016 graduate, the 2013-2015 president of the Greystone Ladies Club and emeritus member of the Hoover City Schools Foundation Board, among many other professional, civic and church roles. 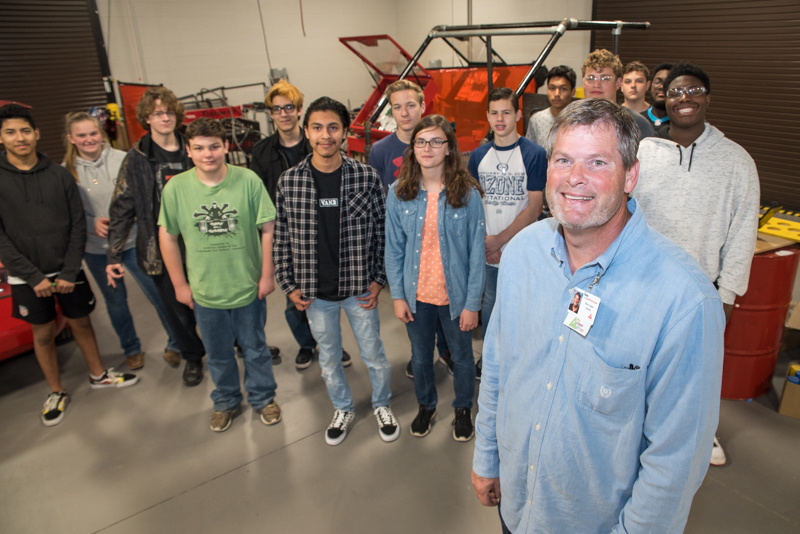 Copes’ impact on the lives of others stretches far beyond the confines of his classroom. He’s led students through projects to design low-cost prosthetic legs, a hydroelectric dam and basic utility vehicles for use in developing countries. As a part of the Sister Schools project, Copes and his students visited Jutiapa, Honduras several times, volunteering in the town’s medical clinic, setting up computer infrastructure and building water purification systems. Most recently, his students designed and built a solar-powered briefcase to ship to a refugee camp in Kenya and built a welding classroom inside a shipping container to ship to Belfate, Honduras. His work earned him the title of the 2017-2018 LifeChanger of the Year by National Life Group, bringing home a total of $10,000 in prize money as well as a $7,500 donation for Thompson High School. 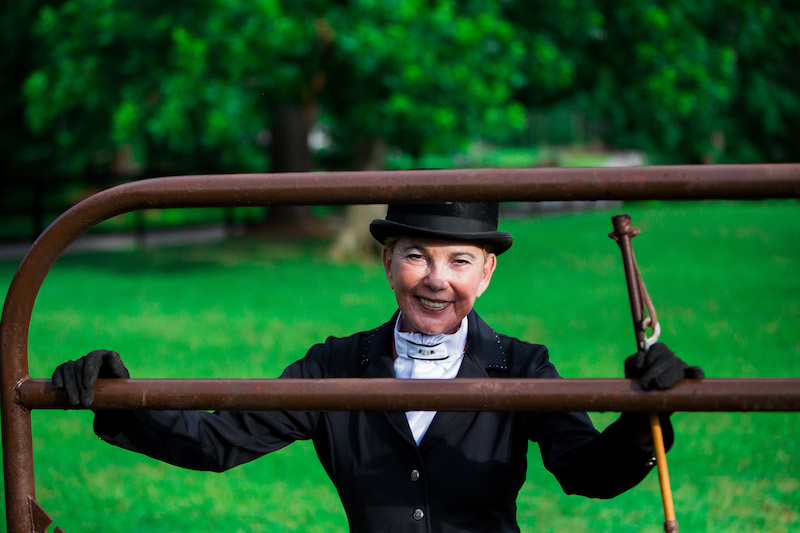 One visit to Mendel’s house in Indian Springs will show you she loves horses. It’s brimming with horse-themed artwork, stained glass and knick-knacks she has procured from different countries. Not surprisingly, she and her husband, Jack, own two horses, Golden Princess and Demitasse. Rita founded the local therapeutic riding program Special Equestrians in 1985 for people with special needs, and she now runs Carousel Tack Shoppe, an equestrian clothing and gift shop in Indian Springs. 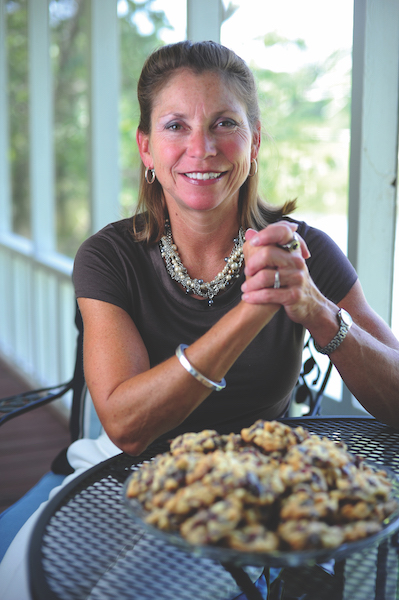 Starting Shelby County Arts Council in 2015 is one of many hats Sullivan wears. She is also general manager of the Birmingham branch of BearCom and was the president and CEO of Sullivan Industries, a communications company that specialized in two-way radio distribution, before her business was acquired by BearCom in 2016. In 2014, Terri, then 52 years old, set the Ultra Marathon Cycling Association women’s biking record for the fastest recorded west-east Alabama solo state ride. 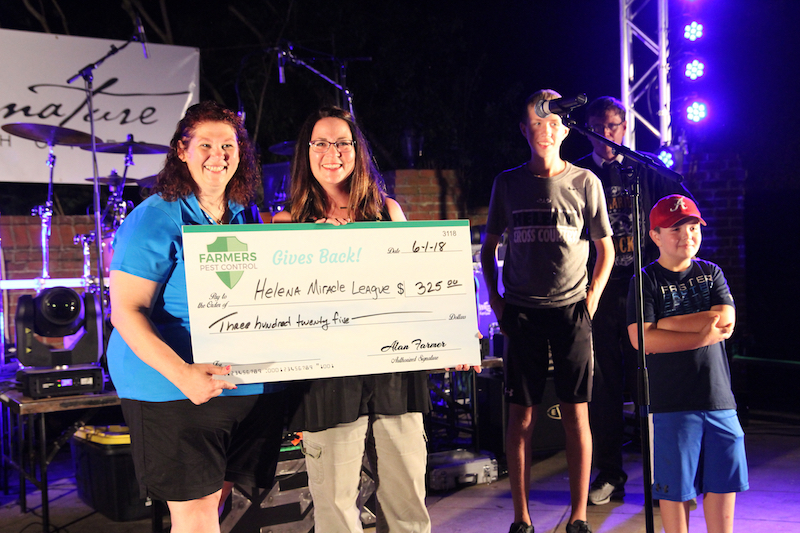 Founding the Helena Miracle League was just the first step in Chambliss’s efforts to provide a recreational outlet for her son and other local children and adults with special needs. Since establishing the league as a nonprofit organization in 2017, she has spearheaded fundraisers for constructing a baseball field in Helena that will be designed for and open to anyone with special needs. 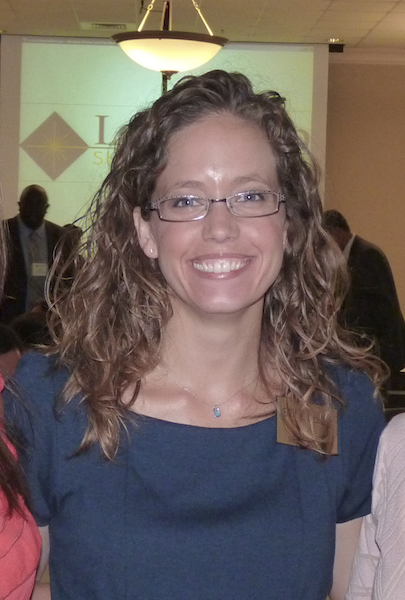 Williams stays busy overseeing the Shelby County Schools Education Foundation’s programs that support the 20,600 students, 2,600 employees and 31 schools in the district. She credits generous individual and corporate donors for facilitating programs such as Imagine the Journey Student grants, Inspire the Journey Teacher grants and IMPACT the Journey grants for schools and departments. Plus, Taste of Shelby County—an annual fundraiser for the foundation that doubles as a showcase of the county’s businesses—has grown significantly the past few years. This year’s event resulted in a record profit of $23,900, an achievement Kendall and her team are extremely proud of. On weekends, Kendall, her husband, R.J., and their children can be found rock climbing or hiking at Oak Mountain State Park. 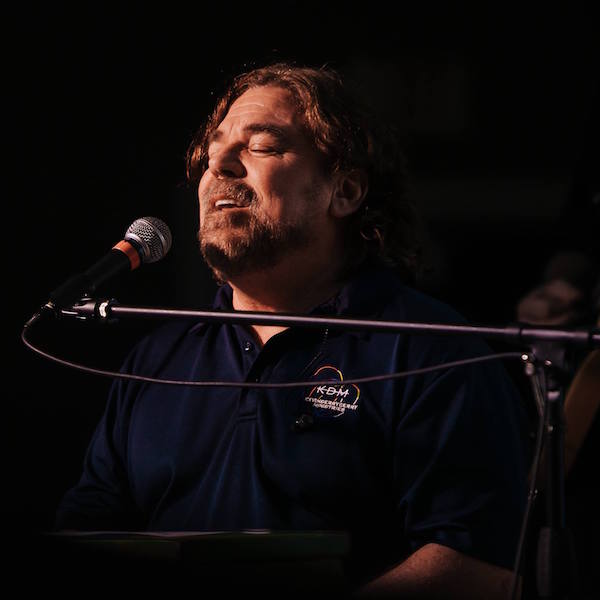 Since he turned from a life filled with alcohol and drugs, Derryberry has ministered to those in youth homes, homeless shelters, transitional facilities, prisons and rehabilitation. Now the worship leader at Westwood Baptist Church in Alabaster, he has recorded his own music and holds a sporting clay tournament and golf tournament in support of Kevin Derryberry Ministries.