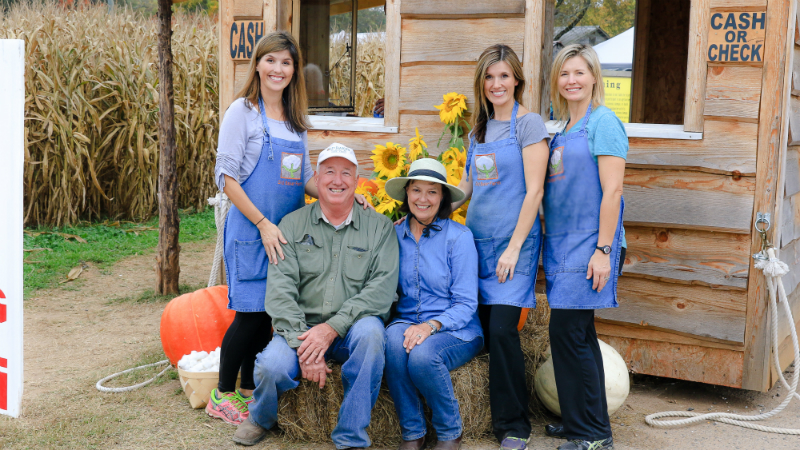 Not everyone would allow hundreds of people to traipse across their property, but Jerry and Pam Baker welcome an annual influx of visitors from near and far to pick out pumpkins, cut down Christmas trees and eat homemade kettle corn at Old Baker Farm in Harpersville. They are the foundation of the working farm too. Jerry works the land passed down to him through multiple generations, and Pam handles the farm’s bookkeeping and marketing. -ES 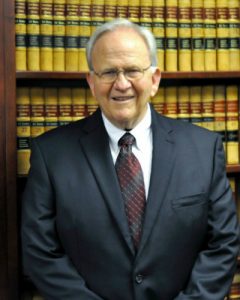 Ellis has been practicing law in Shelby County for 54 years and is probably most known for serving as Shelby County’s attorney for 51 years. He is also the city attorney for Calera, Harpersville, Helena, Montevallo, Pelham, Westover and Wilton, and practices with Ellis, Head, Owens and Justice Attorneys. When he’s not advising local municipalities, he enjoys flying airplanes and anything to do with wilderness experiences, such as horse trail riding, fishing, hunting, hiking, camping, gardening, farming and traveling. 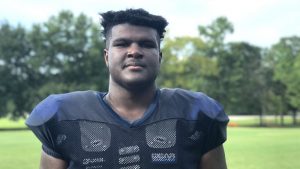 The best high school football players in the United States often choose to make spectacles of announcements of college destinations. Calera High School junior star defensive lineman Jayson Jones was no different, as he initially donned a University of Georgia hat during a Twitter video before switching to a University of Alabama hat. Jones is considered the state’s top prospect for his class and still has one more season to play for the Eagles. 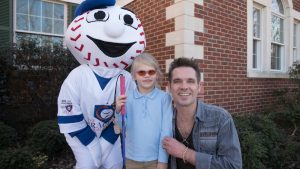 Bice’s musical and personal success hasn’t stopped since he finished as runner-up on American Idol in 2005, bested only by Carrie Underwood. The rock musician has released three albums, toured in Australia, Europe and Asia, and also finds time to give back to his wife’s hometown. As the ambassador of the Helena Miracle League, Bice is serving as the ambassador for the buddying league, which has plans to build a field behind Joe Tucker Park. 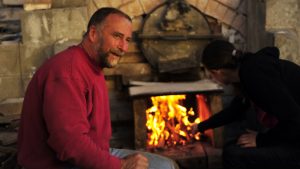 This University of Montevallo art professor constructed the school’s 40-foot Japanese anagama wood-firing kiln. Fired about twice a year, it can heat to more than 2,300 degrees Fahrenheit. UM President Dr. John Stewart once referred to the kiln firing as “one of the most important, finest and most fun traditions of the university.” 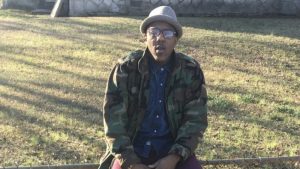 He’s not Spider Man, but Parker is Destined For Roads Not Taken (DFRNT), or so he writes about in his book “A DFRNT Story.” The Alabaster native and Army veteran is seeking to uplift underprivileged youth and provide them a bridge to education through this new book and brand, and all the more so by mentoring high school students and speaking at high schools and colleges. You’ll also be able to find the DFRNT brand on clothing and more soon. -MM 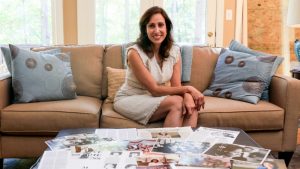 Francavilla has filed stories from Cuba, Germany, France, Spain and Italy, but she has long called North Shelby County home. It’s her base to cover Alabama’s biggest news stories for CBS Radio News, which you can hear on more than 600 stations nationally, as well as running Frankly Speaking Communications, a boutique multi-media services agency. “(She) does a really good job of thinking on her feet and always making sure she’s a credible reporter,” says Harvey Nagler, former vice president of CBS Radio. “Her success lies in her overall humanity, how she treats people with respect, yet at the same time she’s a leader.” Francavilla recently spent a year travelling to New York City to guest anchor for the radio station WCBS. “It was a fun adventure, but I loved Shelby County so much, I decided not to move,” she says. Outside of her work, Francavilla serves as a lector at Saint Mark the Evangelist Catholic Church. 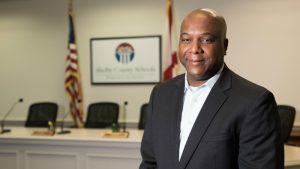 One of the earliest influences on the new Shelby County Schools superintendent was also one of his most recent. Read his story here. 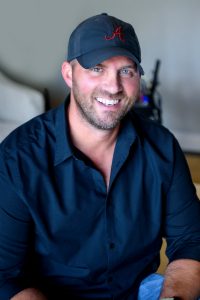 Back in the 1992 season, this University of Alabama quarterback led the Crimson Tide to a national championship. Two seasons later he won the Johnny Unitas Golden Arm Award and finished fifth in the voting for the Heisman Trophy. Today you can hear him talking football and more on air with sports reporter Lars Anderson noon-2 p.m. weekdays. The new Jay Barker Show began airing on 10 stations after the Opening Drive on WJOX was cancelled. 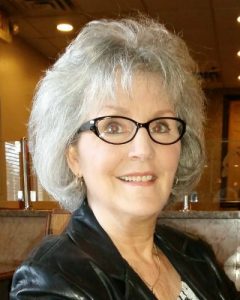 After serving many years as the sales director for Mt Laurel and now as a RealtySouth associate broker/sales associate, Pender knows the ins and outs of real estate there and in Greystone and surrounding communities. But she also moonlights further out 280 for a different cause: helping families in need. Under her leadership, God’s Outreach Center in Harpersville has sought to provide for individuals and families in need of food, clothing and counseling for 13 years. 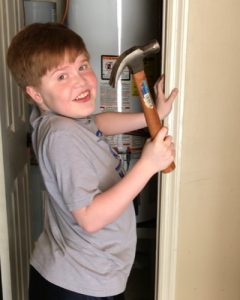 Gabe—and his family in Highland Lakes—have been fighting Duchenne muscular dystrophy since he was diagnosed with the terminal disease at age 3. Like the other one in 3,600 boys with the diagnosis, Gabe, now age 13, sees increasing muscle deterioration symptoms as his family’s nonprofit Hope 4 Gabe is seeking a cure. The past few years he and his dad, Scott, have been raising funds and awareness through a cross-country bike ride. 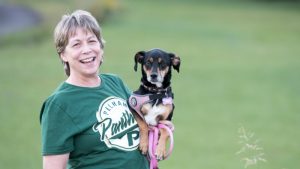 This survivor discovered hope and renewed her faith on her ovarian cancer journey. And it didn’t end there. Read her story here. 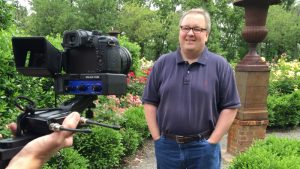 VanCleave knows roses—so much so that he proudly touts the title “The Redneck Rosarian” on social media, podcasts, a blog and national speaking engagements. You’ll find 90 varieties of the flower at this banker-by-day’s home in Helena, and he’s also spread his passion for florals beyond his own lot through his work with the Helena Beautification Board. He traces his roots with roses back to his great-great-grandmother during the Civil War. 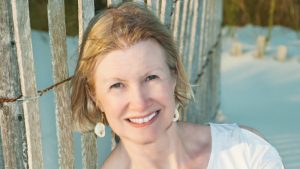 In the 1960s the “Same Sweet Girls” were freshmen together at what’s now University of Montevallo. In 2014, one of them, Cassandra King, wrote a novel based on them—one of many New York Times bestsellers she’s now penned. She also received an honorary doctorate from her alma mater and shared “essential things (she) learned about life” since she was a “Same Sweet Girl” at graduation there. It should also be noted she is the widow of author Pat Conroy. 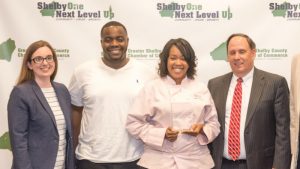 K&J’s has become a hot spot for over-the-top sweet treats in the greater Birmingham area. The shop, led by Kristal, offers elaborate wedding and birthday cakes, cupcakes and more, but their milkshakes are the biggest talk of the town. Icing and straws tie together towers of colorful candies, whipped cream, cookies, brownies, cupcakes and even cotton candy on top of the homemade shakes. On a sunny Saturday morning, it’s not unusual to see a line of eager customers cascading down the sidewalk, waiting to get their hands on a treat. In summer 2018, the shop debuted its food truck that travels throughout the area offering treats on-the-go. Their milkshakes have been featured in magazines such as Shelby Living and Southern Living, and in May 2018 the business won the Greater Shelby County Chamber of Commerce’s Small Business of the Year award in the 11-20 employee category. 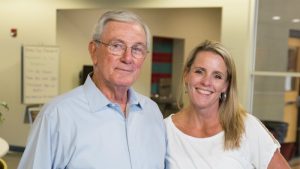 He’s helped build buildings. He serves on boards. But at the heart of it all, this community volunteer is helping kids like him believe in themselves. Read his story here. 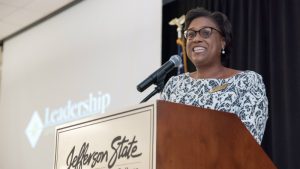 Vincent residents might associate Bridgette Jordan-Smith most often with her role as a city council member, but her extensive background also includes serving as vice-chair of the Alabama League of Municipalities’ Human Development Committee and a member of the Legislative Committee. Add to that that she’s a member of the Shelby County Chamber, a Leadership Shelby County graduate and Board of Directors president, a City of Vincent Park and Recreation Board chairwoman, a member of National Association for the Education of Young Children, and a member and church secretary of Coosa Valley Baptist Church. 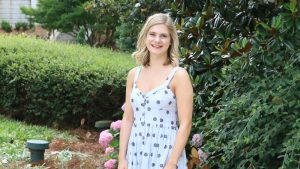 As a child playing in the woods behind her house in Shelby County, Carrye didn’t know a tick bite would change her life. But after fighting Lyme disease and realizing how many questions still surround the diagnosis and treatment of it, Carrye, now a nurse, is on a mission to bring attention to prevention and early treatment options. She was a founding member of Alabama Lyme Disease and has worked to establish more patient support. -ES 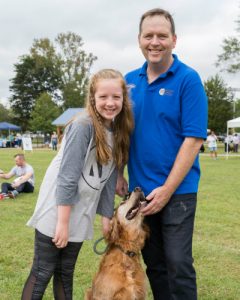 Championing strong families is at the core of Ward Williams’s work at Vineyard Family Services, a faith-based nonprofit organization he’s been involved with since 2007. When he’s not sorting food for children in Backpack Buddies or overseeing another VFS program, Ward is likely wearing his District 4 Shelby County Commissioner hat. -ES 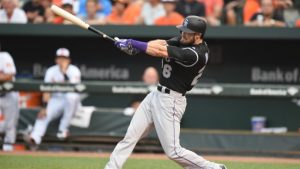 From Oak Mountain to the Rocky Mountains, 24-year-old Dahl’s baseball career has taken him to incredible heights. The 2012 OMHS graduate was drafted by the Colorado Rockies with the 10th overall pick that year. In 2016, he was called up to join the Rockies from their AAA affiliate the Albuquerque Isotopes, and then came onto the major league scene with a bang, hitting safely in his first 17 MLB games and tying a 75-year major league record. -ES 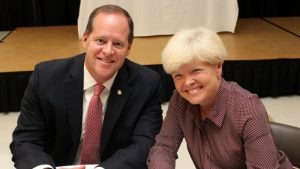 Allison became the first woman, and one of only two, to serve on the Shelby County Commission starting in 1992. But her service to the county goes deeper too. A partner in Allison and May Law Firm, she has been involved with local organizations including Leadership Shelby County, The ARC of Shelby County and the Shelby County Schools Foundation, and is a founding member of the Shelby County Indigent Defense Council. -SD 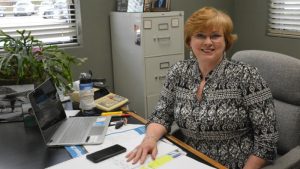 Schein’s name is behind the largest independent, female-owned vehicle supercenter in the state, but owning a successful car dealership wasn’t the path she thought her life would take. After obtaining a master’s degree in orthopedic biomechanics, she worked as a medical researcher for seven years before deciding to join the family business. She began working at her father’s car dealership in 1984 and purchased the business from him shortly before he died in 1992. The dealership continued to thrive and is now home to the largest NAPA Auto Care Center in Alabama. The dealership was dealt a blow in 2009 when, amid financial hardships, Chrysler LLC and General Motors Corp. terminated her dealership agreements. But Schein overcame those obstacles and today her business continues to boom. 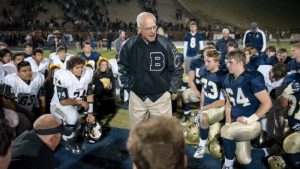 Yancey had been the head coach at Briarwood longer than his students have been alive—all the way back to 1990. In 2017, he claimed his 300th career win, and as of the close of the 2018 season, 278 of those were at Briarwood. His teams have taken home three state titles, plus 14 state titles. Now at age 73, he has decided to retire after the 2018 season, though he still loves coaching as much as when he started.