“The American Village is pleased to join the Shelby County Reporter in recognizing Petty Officer J.C. Buchanan as Veteran of the Week,” American Village founder and CEO Tom Walker said. “He is representative of the hundreds of thousands of Alabamians who have risked it all for the sake of our country and its freedom. To all veterans we owe a debt we can never fully repay.” 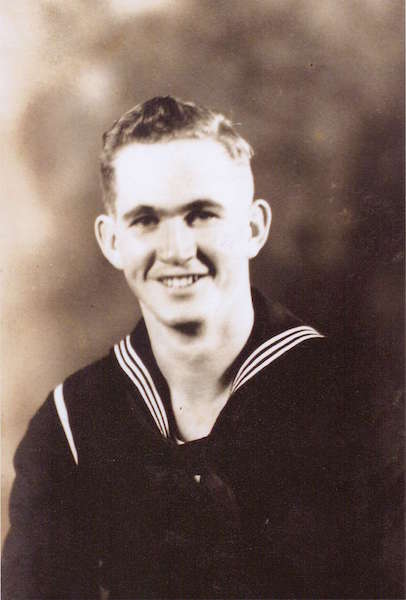 Petty Officer J.C. Buchanan is being recognized as Veteran of the Week. (Contributed)

Here are highlights about this week’s Veteran of the Week: J.C. Buchanan was born in Marshall County, Alabama, in 1924. He joined the Navy, and was among the flight crew of the PB4Y-1 nicknamed the “Queen Bee” of US Navy Squadron VPB-117. The squadron, based at Tcaloban air strip in Leyte, Philippine Islands, and was shot down while carrying out a mission. The surviving five crew members (including Petty Officer Buchanan) were captured and taken to Taihoku (Taipei) where they were imprisoned. They were held there for the remainder of the war and they suffered terribly at the hands of their captors. On May 29, 1945, the five crewmen of the “Queen Bee” and nine other captured American fliers were brought before the Japanese “War Disciplinary Tribunal” and found guilty in a brief, mock trial with no defense, and were sentenced to death. In the early hours of June 19, 1945, less than two months before the Japanese surrender, they were executed inside the courtyard of the prison by a Japanese Army firing squad. The courage of these airmen must never be forgotten. Most were only between the ages of 19 – 24.