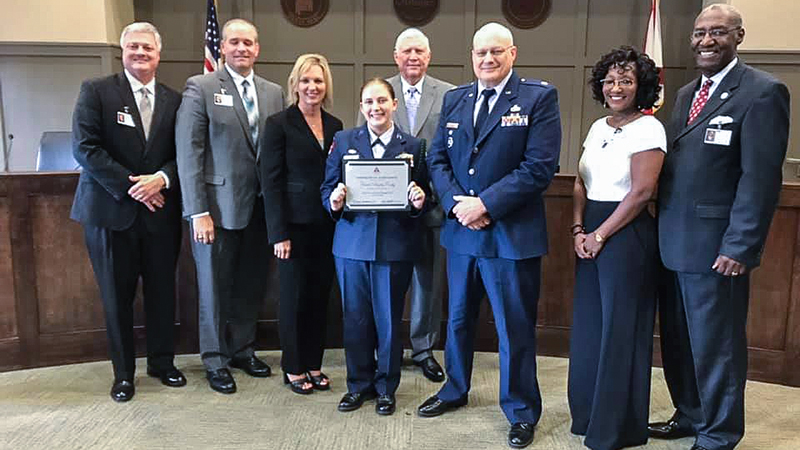 ALABASTER – For the first time in state history, a single high school’s Junior ROTC program has sent back-to-back presidents of the state Junior ROTC Officer’s Board, earing plenty of praise from the Alabaster Board of Education during a recent meeting.

School Board members honored THS Junior ROTC cadet Bayley Cosby during a mid-May meeting for becoming the second-consecutive state president from the school.

Cosby will take over for former state President Taylor DiCicco, who graduated from THS this year, and was selected as the state president from among 13 other candidates from across the state.

As state president, Cosby will work with other members of the board of officers to direct and govern Junior ROTC programs across Alabama for the next year.