“The American Village is pleased to join the Shelby County Reporter in recognizing Chief Petty Officer Ezra Hennigan Sessamen as Veteran of the Week,” American Village founder and CEO Tom Walker said. “He is representative of the hundreds of thousands of Alabamians who have risked it all for the sake of our country and its freedom. To all veterans we owe a debt we can never fully repay.” 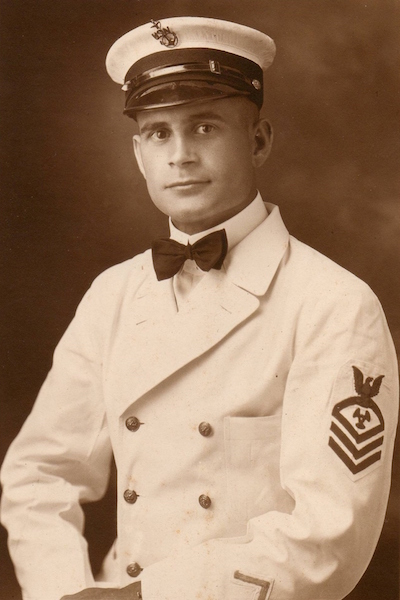 Chief Petty Officer Ezra Hennigan Sessamen is being recognized as Veteran of the Week. (Contributed)

Here are highlights about this week’s Veteran of the Week: Although E.H. “Sess” Sessamen was born on the Jersey Shore in Pennsylvania, he was working as a salesman for Colgate and Company in Jacksonville, Florida, when the United States declared war and joined the Allied Forces in World War I. He enrolled in the U.S. Navy on March 4, 1918 and began his service as a Seaman 2nd Class. He quickly rose in rank to a Machinist Mate First Class and then to a Chief Machinist Mate. He was a CPO on a submarine chaser which patrolled the waters between Miami, Key West and the Bahamas. Ezra returned to civilian life after the war, but continued serving in the reserves. He received an honorable discharge on Sept. 30, 1921 in Charleston, S.C. by order of the Secretary of the Navy owing to a lack of funds. Sessamen also received several citations for distinguished service rendered in support of the World War II War Bond program. He called Birmingham his hometown, and that is where he died in 1956.