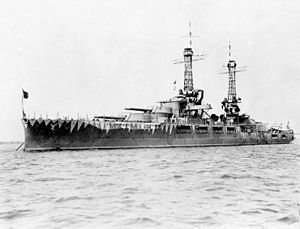 Seaman Johnnie C. Laurie is being recognized as Veteran of the Week. (Contributed)

“The American Village is pleased to join the Shelby County Reporter in recognizing Seaman Johnnie C. Laurie as Veteran of the Week,” American Village founder and CEO Tom Walker said. “He is representative of the hundreds of thousands of Alabamians who have risked it all for the sake of our country and its freedom. To all veterans we owe a debt we can never fully repay.”

Here are highlights about this week’s Veteran of the Week: Johnnie C. Laurie was born in Bessemer in 1916. He served his country with honor in the United States Navy. He was a Mess Attendant, 1st Class aboard the U.S.S. Oklahoma (BB-37) when Japan attacked Pearl Harbor, Hawaii. Seaman Laurie, along with 429 others aboard the U.S.S. Oklahoma died on Dec. 7, 1941, when the ship sank. The Oklahoma was raised and served later in the war. Seaman Laurie was not positively identified until July 2, 2019. There are still 72,671 unidentified and missing U.S. Service men and women from World War II. He will be interred at Alabama National Cemetery on Oct. 18, 2019.