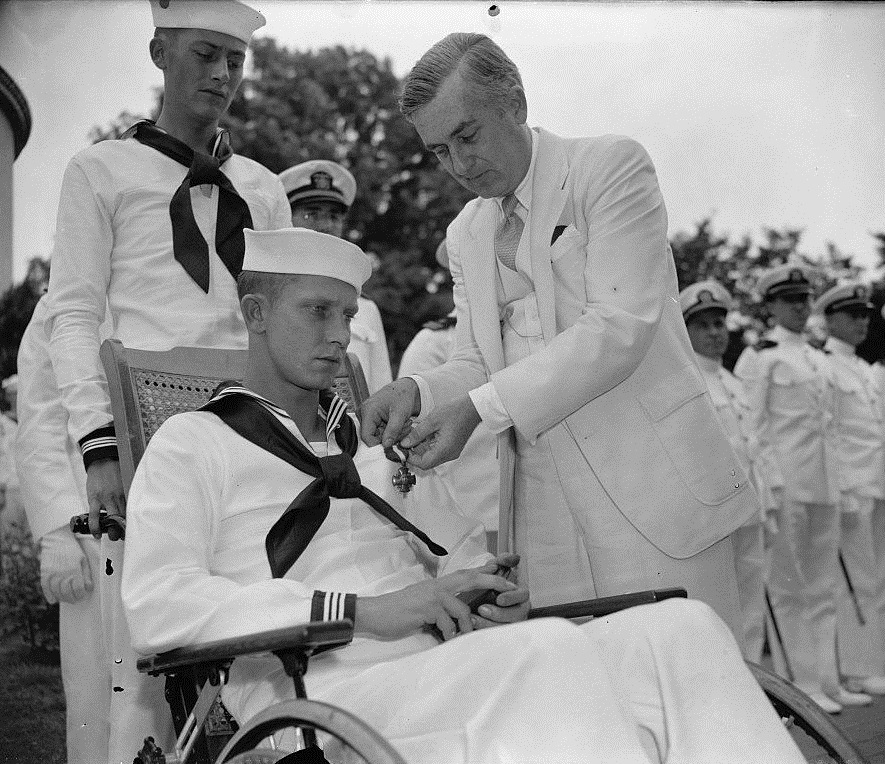 Navy Fireman First Class John Luther Hodge is being recognized as Veteran of the Week. (Contributed)

“The American Village is pleased to join the Shelby County Reporter in recognizing Navy Fireman First Class John Luther Hodge as Veteran of the Week,” American Village founder and CEO Tom Walker said. “He is representative of the hundreds of thousands of Alabamians who have risked it all for the sake of our country and its freedom. To all veterans we owe a debt we can never fully repay.”

Here are highlights about this week’s Veteran of the Week: John Luther Hodge was born June 25, 1910 in Siluria (Shelby County), Alabama, the son of William and Minnie Hodge. He died Dec. 4, 1973 in Reading, Pennsylvania, and is buried in Forest Hills Memorial Park, Pennsylvania. John Luther Hodge, a fireman first class aboard the U.S.S. Panay, was one of only three American survivors aboard the craft, which was bombed by the Japanese in the Yangtze River in China on Dec. 12, 1937 (four years before Pearl Harbor). He received the Navy Cross, the highest decoration that may be bestowed by the Navy, for coolness under fire and for care of the injured during and subsequent to the bombing and sinking of the U.S.S. Panay.