“The American Village is pleased to join the Shelby County Reporter in recognizing Sgt. Henry Lester Aderholt as Veteran of the Week,” American Village founder and CEO Tom Walker said. “He is representative of the hundreds of thousands of Alabamians who have risked it all for the sake of our country and its freedom. To all veterans we owe a debt we can never fully repay.” 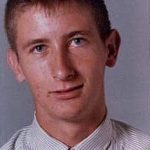 Sgt. Henry Lester Aderholt is being recognized as Veteran of the Week. (Contributed)

Henry Aderholt was born in Birmingham in 1947. Henry joined the United States Army in 1968 and did his basic training at Ft. Benning, Georgia. He went to Ft. Leonard Wood, Missouri, for his Advanced Individual Training, finishing top in his class. He was a helicopter gunner with the 119th AHC out of Pleiku Vietnam, when on Valentine’s Day 1970, he was shot by a sniper while on a short resupply mission. He fell out of the helicopter onto the LZ below, where he requested the area to be secured before he was picked up so that the crew of the helicopter would not risk their lives for him. He suffered internal injuries and was partially paralyzed. He died of those injuries three years later.

“We would pick up guys with no ammunition. I would just unload my weapon and give them what I had.”