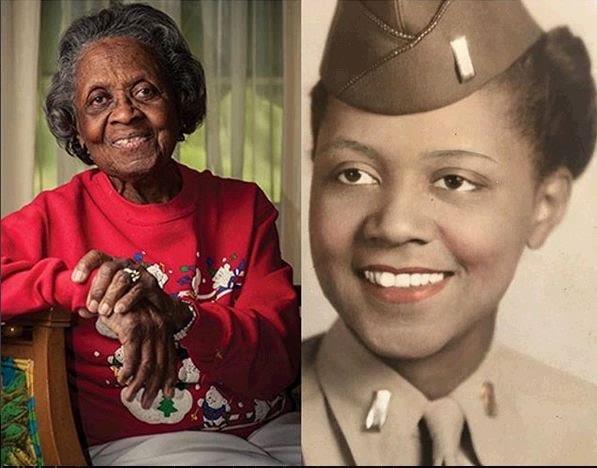 First Lt. Vivian C. “Millie” Bailey is being recognized as Veteran of the Week. (Contributed)

“The American Village is pleased to join the Shelby County Reporter in recognizing First Lt. Vivian C. ‘Millie’ Bailey as Veteran of the Week,” American Village founder and CEO Tom Walker said. “She is representative of the hundreds of thousands of Alabamians who have risked it all for the sake of our country and its freedom. To all veterans we owe a debt we can never fully repay.”

Vivian C. “Millie” Bailey was a lieutenant in the Women’s Army Corps serving her country with honor in the Second World War. She received her commission at Fort Des Moines, Iowa. After the war, she moved to Chicago and worked for both the Veterans Administration and the Social Security Administration. She moved to Columbia, Maryland, about 1970 and still lives in the same house she purchased with husband. She has been a long-time community activist. She served 23 years on the Howard County General Hospital Board of Trustees, supports public education, and “always” supports our soldiers. At the age of 101, in June 2019, she attended services commemorating the 75th anniversary of D-Day at the National World War II Memorial in Washington. We are thankful for this inspirational American, still going strong at 101.