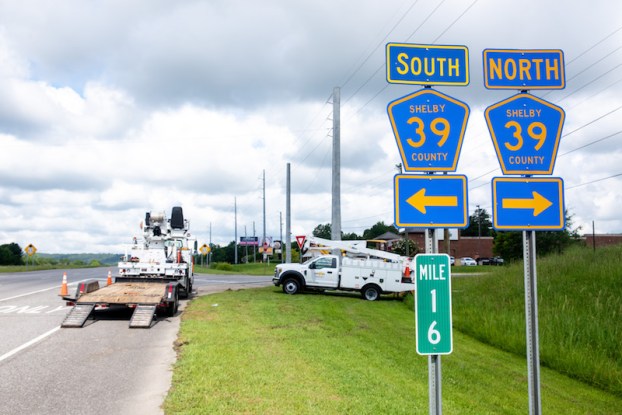 Work has started to add a traffic signal at the intersection of Shelby County 39 and U.S. 280 in Chelsea. (Reporter Photo/Emily Sparacino)

CHELSEA – Construction has begun to install a traffic light at the intersection of Shelby County 39 and U.S. 280 in Chelsea.

The heavily traveled intersection is located near the Publix Super Market at Chelsea Crossroads.

“This intersection has been in the works for a couple of years,” Mayor Tony Picklesimer said during his report at the July 7 City Council meeting. “We finally got it approved, and now construction will begin on it.”

Picklesimer said he anticipates a reduction in the speed limit on the westbound side of the road becoming necessary.

“Also, the eastern-most entrance to the Publix shopping center will become a right-in, right-out only turn,” he said. “That median that is there now will be a concrete island that will allow left-hand turns eastbound into the complex, but will no longer allow a left-hand turn out of the second entrance.”

The project is a 50-50 partnership with the Alabama Department of Transportation, Picklesimer said, with the city’s portion of the project expected to be less than $50,000.

Picklesimer urged motorists to be careful as they drive through the area while work crews are present.

Across town, improvements also have been made to the intersection of Shelby County 11 and Old U.S. 280, including the addition of a traffic light and widening of the roads.